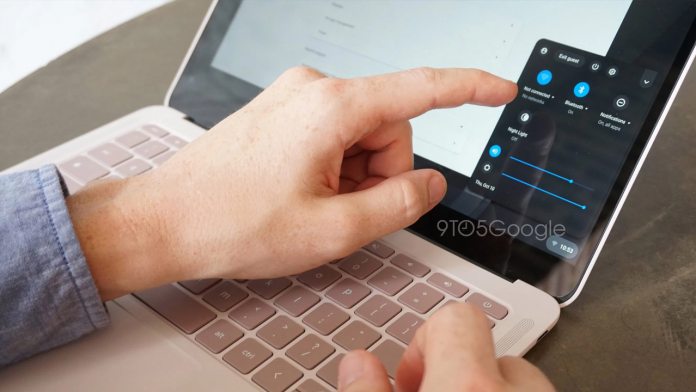 9to5 Google has managed to get its hands on an unreleased prototype of Google’s Pixelbook Go. Though it shares similar naming to Microsoft’s Surface Go, it’s actually a traditional clamshell laptop.

The color showcased in the leak matches the Google Pixel’s ‘not pink’, while the bottom of the device has a strange corrugated orange design. The model here is apparently the entry-level one, holding an Intel Core m3, 8GB RAM, and 13.3-inch FHD display.

However, the publication reports that i5 and i7 variants will also be available, with the option to bump up to 16GB RAM and a 4K screen. Either way, that screen’s aspect ration will be 16:9, and you’ll get a headphone jack, powerful front-firing speakers, a 2MP webcam, and two USB-C ports.

As well as the pink variant, the Pixelbook Go will reportedly be available in the usual ‘Just Black’. The prototype didn’t have a fingerprint sensor or Pixelbook Pen support. It will of course run Chrome OS, which means app support will be limited.

Essentially, this is closer to a Surface Laptop than a Surface Go, despite the naming. The only unknown factor here is the starting price and whether Google’s fans will be interested in a relatively uninspired Chromebook device.

We’ll likely find out the former at Google’s NYC event on November 15. Rumors and commons sense suggest a Pixel 4, 4Xl, Nest Mini and Nest WiFi will launch alongside it.