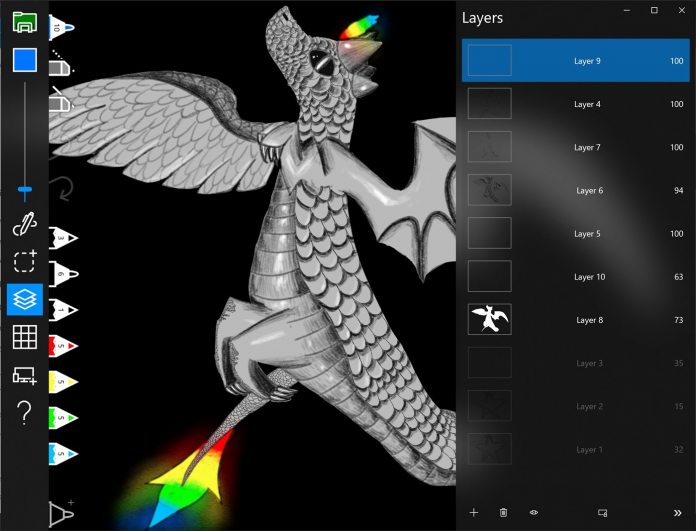 Microsoft has often pushed Windows 10 as a platform for creators, including an era of Creator Updates. This has included the company integrating new creator tools into the platform, such as Paint 3D. However, the fact Paint 3D did not soar as users prefer good old Paint shows the challenge. Microsoft Garage is having another attempt at Windows creativity innovations with SketchPal.

If you are unfamiliar with Microsoft Garage, it is Microsoft’s incubator division. A skunkworks of sorts, Garage allows employees to collaborate without being confined to their specific sectors. Programs and tools created in the Garage are not supposed to replace Microsoft’s core services. Still, some of the Garage’s most successful apps have been folded into Microsoft products.

Whether SketchPal achieves the same remains to be seen. It is a free app that as the name suggests is focused on sketching, specifically on Microsoft’s new line of Surface devices. It supports the Surface Pen.

Microsoft says SketchPal offers a new inking experience on Windows 10. This is achieved by combining normal brushes with custom additions, including new features such as “coloring assist, stroke cleanup tools, and a reference view”.

Other features include the ability to angle sketches, use the Surface Dial, and spread sketches across multiple screens. Microsoft Garage points out the app will also work across devices, allowing users to pick up where they left off.

“Use a second device as a remote palette, or continue drawing in other device” and “seamlessly continue working on the drawing in your favorite art tool, or export it as a .psd file.”

SketchPal is available in the Microsoft Store now and can be downloaded here.