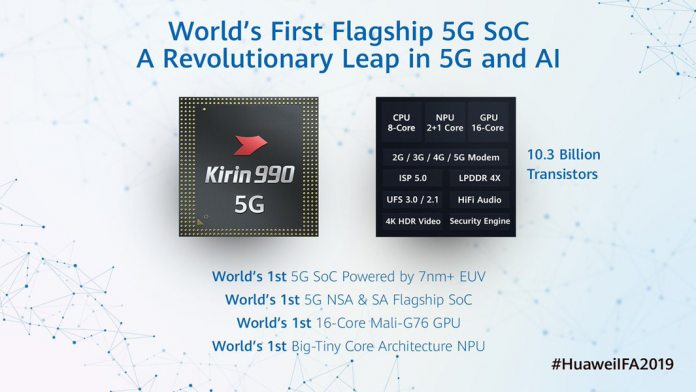 Impressively, the 3.6Gbps was recorded on Sunrise’s live commercial network, which means it was achieved in the wild. Also impressive is the fact Huawei got this performance without leveraging millimeter wave technology.

European and Asian companies have largely avoided short distance millimeter wave technology, which is more prominent in the United States. Instead, companies like Huawei have been developing 5G on “sub 6GHz” frequencies that may lower performance speeds. Judging the company’s latest milestone, those limitations are clearly not a problem.

Huawei reached the speed with 100MHz of C-Band spectrum, which is a radio frequency on the range between 4GHz and 8GHz. The company also used multi-user multi antenna tech. C-Band is adopted in Europe, but the United States is still in the regulatory stage of accepting the spectrum.

According to Huawei, combining 5G downloads on the C-Band spectrum with uploads on 4G frequencies will result in improved performance. Indeed, the company has said C-Band is a “golden spectrum for 5G”.

“To meet users’ requirements for enhanced 5G experiences in the 5G era, Kirin 990 (5G) has been fully upgraded in terms of performance and power efficiency, AI computing, and ISP, extending mobile phone experiences to a new level.”