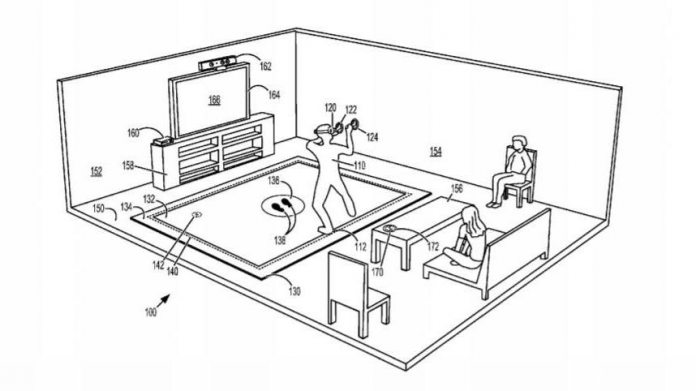 Microsoft has done a lot of work in the virtual reality (VR) and mixed reality (MR) space. Redmond has been a leader in innovations but has also focused on making VR and MR more usable. To that end, the company is reportedly developing a virtual reality mat to help movement when using VR.

Yes, a mat (or rug) may not sound like a sexy innovation in the VR space, but it could be important. Moving around in the real-world environment when engrossed in the virtual one can be problematic. Users wearing a VR headset can often hit objects in the real environment.

Of course, this is less of problem in the augmented reality as users can see and interact with the real environment. For VR users it is more of an issue. Microsoft aims to change this with its “virtual reality flood mat activity region”, which has been filed in a patent application recently.

Microsoft’s technology would feature abilities that would integrate directly with the VR headset. It will boast “fiducial markers” and “spatially distributed pressure sensors”. This technology would send communications with the VR to place a physical location on the mat and shape the virtual world to help users avoid dangers in the real-world space.

Elsewhere in the patent, Microsoft describes vibration modules that could vibrate the mat if a user crosses specific boundaries. A central starting point would also be in place. Furthermore, Microsoft says users could join mats together and create a wider virtual reality safe zone.

Microsoft also hints towards integrating virtual reality with Xbox. Interestingly, the company has kept VR and MR separate from Xbox despite its innovations in the field. In the patent, the company describes how the mat could work with the VR headset.