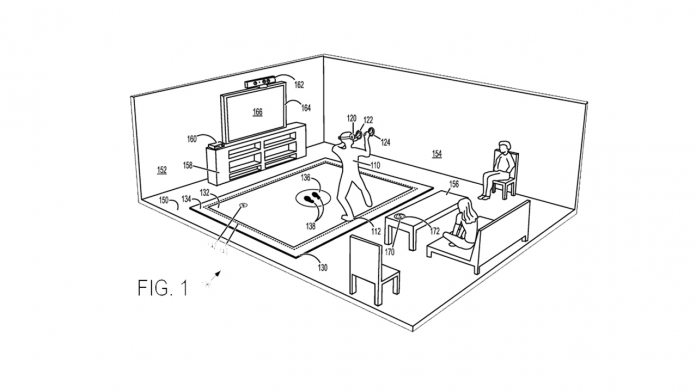 It’s essentially what it sounds like: a user places a physical mat on the floor to easily determine how far they can move without bumping into objects. This something users have traditionally had to set up themselves. The mat may contain ‘fiducial markers’ for headsets that use inside-out tracking (cameras on the headset) for movement.

However, it gets more interesting. In some variations of the device, the mat is littered with pressure sensors. As a result, inside-out tracking could pair with pressure on the mat to accurately determine where the user is.

The device could additionally contain vibration motors so users can get physical feedback from their actions. This could be when they near the edge of the play area, for example, or even when they step on checkpoints or traps in a game. An interior region of the mat would additionally have a different surface to its border to further warn users.

It’s an intriguing idea, to say the least. It’s somewhat similar to ProxiMat, a device that promises ‘touch and visual’ feedback when a user near the edge. Microsoft’s mat appears to be bigger, however, and multi-featured.

A Motion Controller with Six Degrees of Freedom 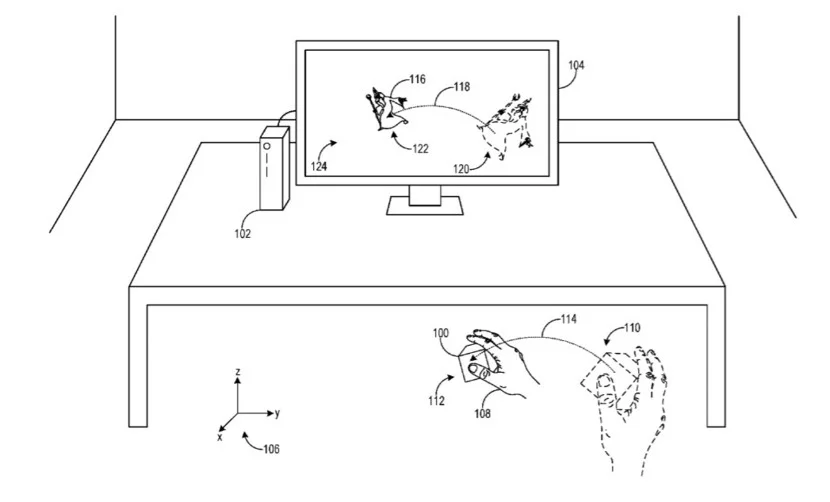 The second device is a controller with six degrees of freedom. That is, it can move with a body up/down, left/right, and backward/forward. This one hedges its bets a lot more in its description, describing a system that includes an input device, sensor system, and communication interface. The controller, according to Microsoft, would be configured to:

This one was filed on March 30th, 2018 and was also published yesterday. The patent also describes paring the controller with gesture input.

As always, these patents aren’t guaranteed to make it to market. Technical hurdles, costs, consumer demand, and many more factors can get in the way of bringing one to market. However, with Microsoft so far focused primarily on augmented reality, it’s interesting to see its ideas for an entirely virtual world.