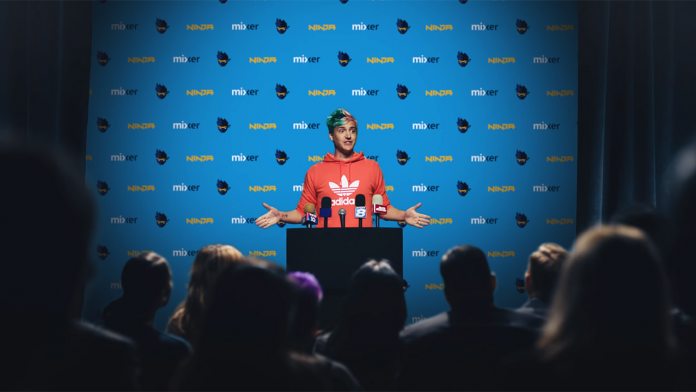 In early August, Microsoft announced its Mixer game streaming division had tied up Ninja in an exclusive stream contract. If that names means nothing, Ninja (or Tyler Blevins) is the world’s most popular game streamer with over 14 million subscribers.

It was arguably a surprise move considering Microsoft’s Twitch rivalling game streaming service went through a shaky few months. From laying off staff in what seemed to be a sign of winding down the service to poaching Twitch’s biggest streamer, a lot has happened.

Ninja’s exclusivity to the brand meant Microsoft was recommitting.

A quick glance through Reddit or YouTube at the time showed a recurring question: How many millions must Microsoft have paid Ninja for his allegiance? Answers usually ranged from millions to tens of millions, all in the considerations that Mixer is fledgling and not as culturally impactful as Twitch.

Certainly, Ninja commands huge fees, such as reportedly $1 million to play EA’s Apex Legends for a single day. However, in an interview with Business Insider, Ninja’s wife, Jessica Blevins, it was not about the money, which she says “was the last thing on out mind”.

Still according to some industry analysts, Microsoft could have paid eight figures for Ninja’s exclusivity.

“It’s so disproportionate when it comes to spending and the amount of audience someone like Tyler Blevins attracts,” Neilsen head of games Joost van Dreunen told Business Insider in a recent phone interview. “There’s absolutely no way say, ‘Oh [Microsoft] paid 10 or 20 million. It could be either of those.”

Van Dreunen believes it would be money well spent even if it was that amount.

“The value that someone like that creates can run it up to hundreds of millions, if not billions,” Van Dreunen said.

Microsoft is clearly looking to build Mixer’s brand by riding on someone who’s brand is already in place. An influencer like Ninja will not only attract new users to Mixer, he could also open the door for more content creators to leave Twitch for Microsoft’s alternative.

“It’s sort of like a linchpin for a much broader strategy around interactive content and entertainment,” Van Dreunen said. “Within that context, having celebrity gamers makes sense, right? Then all of a sudden it becomes worth a lot more than whatever they paid.”

So, Microsoft almost certainly made the already wealthy Blevins mega rich, but in doing so they could may be the one laughing all the way to the bank.