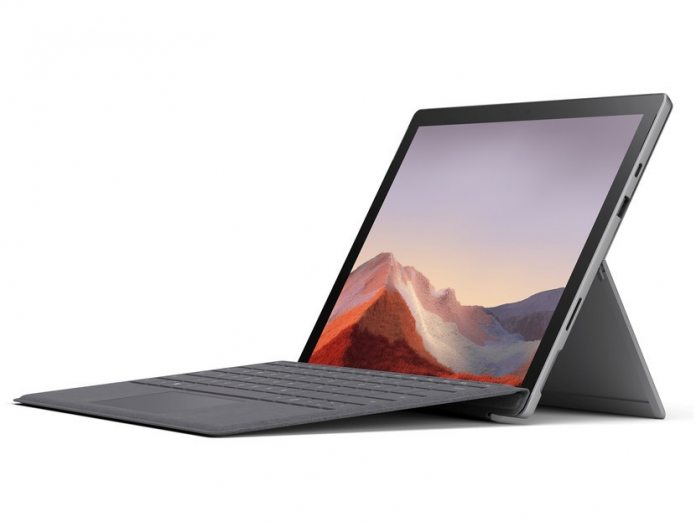 Under the lights of the stage in New York City, Microsoft today announced the Surface Pro 7, the latest generation of its 2-in-1 device. As we expected, the company launched five variants of the new hardware, with versions ranging from Intel i3 to Intel i7 processors.

As we previously reported, the Surface Pro 7 runs Intel’s 10th-gen Ice Lake CPUs. Looking at the entry level variant, the Pro 7 starts with the usual Core i3 processor coupled with 4GB of RAM and a 128GB SSD.

Next up is an i5 version with 8GB of RAM and the same 128GB storage solutions. However, with this device customers can configure up to 256GB SSD.

Another version of the Surface Pro 7 is the Intel Core i7 variant, which again serves as the top end model. This comes with 16GB RAM and a 256GB solid state drive. This i7 version will also be available with a 512GB SSD.

The biggest upgrade to the Surface Pro line was the addition of a USB-C port, something many users have wanted Microsoft to introduce for years.

Surface Pro 7 is available for pre-order today and starts at $749.