Microsoft has rolled out a couple of new updates to Windows Insiders. However, these are not Fast Ring releases focused on Windows 10 20H1. Instead they deal with the current and next Windows updates.

For Insiders running the Windows 10 19H2 branch, this update packages the same features that arrived on the Slow ring back in August. This is now shipping under the name Windows 10 version 1909, which can bee seen via Settings > Update & Security > Windows Update.

Microsoft says even users not on the Windows 10 19H2 branch will see the 1909 update. As we know, the next update for the platform is not a major release. Earlier this year. Microsoft changed its update strategy.

That said, we do know Windows 10 version 1909 will get a new way to create an event from the Calendar flyout located on the Taskbar.

As we reported in June, Microsoft has changed major Windows 10 updates to once-yearly events. The company wants to ensure its Win10 updates arrive without significant bugs. Microsoft is making sweeping changes to the structure of Windows 10 updates moving forward. Specifically, how Windows 10 builds are delivered through preview on the Insider Program will change.

The Fast Ring will now handle major Windows 10 updates, which will be moved to once annually. For several years, Microsoft has been sending out two major upgrades for the OS per year.

As for the Slow Ring, it will now be solely for testing minor updates. These will arrive in the second half of the year with bug fixes and improvements for the major release. Windows 10 19H2 is the first of these second-half-of-the-year releases. 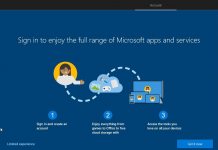 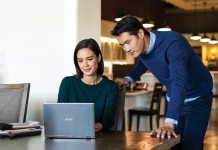