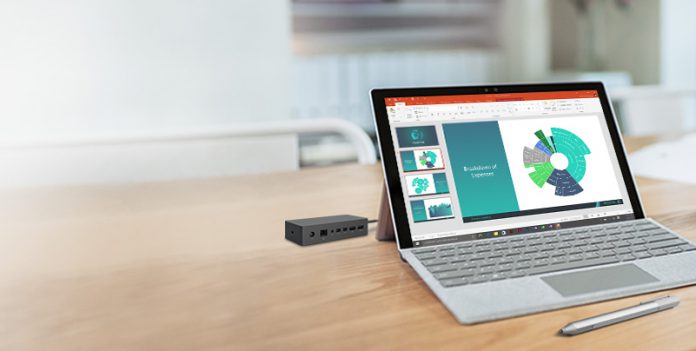 Microsoft has sent out a Surface Dock Firmware Update tool as a replacement for its previous tool. The company says the update will allow automatic updates of the Surface Dock in the background of operations on Surface devices.

In its release notes, Microsoft says the tool will update any Surface Dock attached to a Surface hardware.

One issue with the tool is users must allow background service to check for the update. Yes, there is no on-device prompt that an update is ready, so users must manually check for one sporadically. Next, you will need to remove the Surface Dock from the Surface device and reconnect it after 5 seconds.

“The Surface Dock Firmware Update will [then] normally update the dock silently in background after you disconnect from the dock and reconnect,” Microsoft says. “The process can take a few minutes to complete and will continue even if interrupted.”

Yes, this is the path you need to take for Microsoft’s “automatic update”. If you want to manually install the update, buckle up.

“Reconnect your Surface Dock for 2 minutes and then disconnect it from your device,” Microsoft explains. “The DisplayPort firmware update will be installed while the hardware is disconnected. The LED in the Ethernet port of the dock will blink while the update is in progress. Please wait until the LED stops blinking before you unplug your Surface Dock from power … You will need to disconnect and reconnect the dock twice before the update fully completes.”

Why Microsoft has made either method over complicated is unclear.