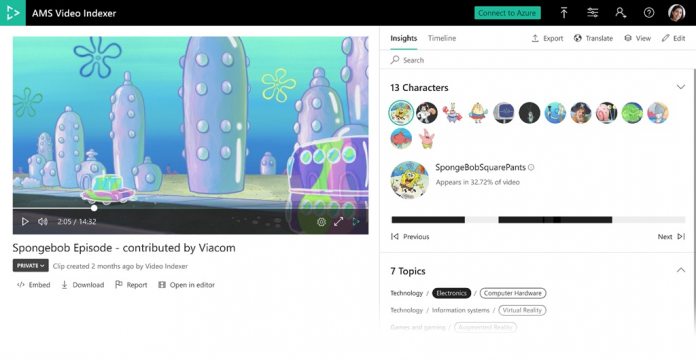 Video Indexer was launched at IBC a year ago and automatically creates metadata through user media. It achieves this by transcribing the video in any of 10 languages supported in Microsoft Translator. This allows the indexer to add subtitles to the file.

VI also leverages facial recognition technology to detect all people in the video. If the person/s are well known enough, the app will assign a name tag. Alternatively, users can add the name themselves.

“These models are integrated into a single pipeline, which allows anyone to use the service without any previous machine learning skills. The results are available through the no-code Video Indexer portal or the REST API for easy integration into your own applications.”