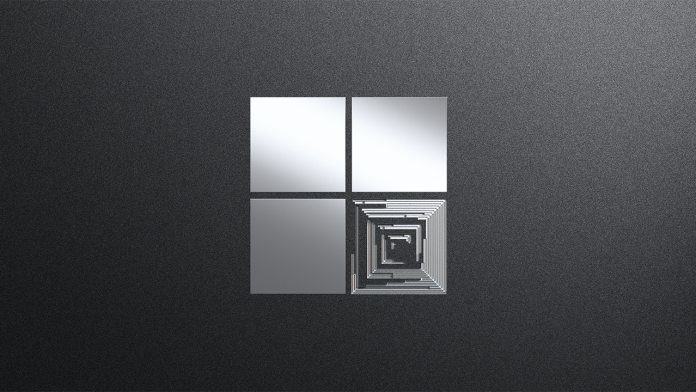 Microsoft has sent out another press invite for its October 2nd Surface event, giving further hints at what to expect. This time, the image features a clean Windows logo with a processor-like structure in its bottom right corner.

The invite confirms that the event will kick-off at 10 am ET, which is 3 pm GMT, 4 pm CEST, and 7 am PDT. Microsoft Surface head Panos Panay says it will reveal “what’s next for Surface & Microsoft”, which is more or less what you’d expect.

However, that processor hint seems to play into previous rumors. Leaked specs (via WindowsArena) indicated that a new Surface Pro 7 will have an ARM variant. The chip in question is thought to be the Snapdragon 8cx, which looks set to match the performance of Intel’s mid-range chips with greatly improved battery life.

Later leaks suggested the Pro 7 and Surface Book 3 would instead utilize Intel’s 10th Gen Ice Lake i5-1035G1. Admittedly, the processor could also be a reference to this, though it wouldn’t be quite as exciting.

This October 2nd we're showing the world what's next for Surface & Microsoft…and we're doing it live. Tune in at https://t.co/gL1bQ1Wmas at 10am EDT. #MicrosoftEvent #GetReady #Pumped pic.twitter.com/opDaJOsLGf

There are further indications that this could be a big year for Surface. One is the attendance of CEO Satya Nadella, while rumors about a dual-screen device have been prevalent. As well as a litany of patents, reports suggest Microsoft has shown a device to employees and Windows 10 builds have contained several references.

Currently, though, it’s unclear what form factor that foldable will take. Initial reports suggested the company was working on a phone-to-tablet 2-in-1, while later rumors suggest a safer, laptop device.

Meanwhile, other reports from IHS Markit say Microsoft’s foldable will have the ability to run Android apps via the long-rumored Windows Core OS. The modular OS could also make an appearance, then, alongside its next-gen security features.

Despite all these rumors, we haven’t seen any solid leaks of a dual-screen foldable. Microsoft is very strict when it comes to its on-site testing, with strong security protocols. The element of surprise will be refreshing when compared to Apple, Google, and other companies, where details appear to leak months before an official announcement.

At the very least, FFC filings suggest we’ll get a new Surface Wireless Mouse and Keyboard. We’ll be tuned into on the 2nd and report all the details of Microsoft’s new devices.