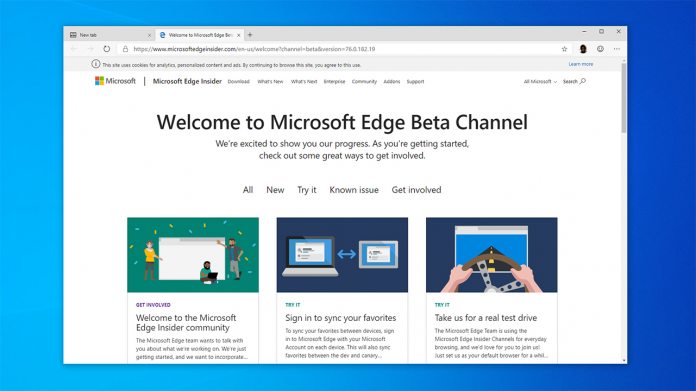 Microsoft has issued an update for its Chromium Edge preview. Specifically, this is a Dev Channel release and part of the weekly update branch. With build number 78.0.268.1, this update is not as feature rich as others, but does include one interesting new improvement.

Chromium Edge users will now see an improvement in the Collections feature. This is a tool Microsoft introduced last month. Collections helps users organize and share website information to help keep track of data. Microsoft says many users find the internet and overwhelming place and are often cluttered. With this vast information, Collections helps to organize into actionable tools.

Microsoft says the feature leverages “Cloud featured intelligence and an intuitive interface to help you collect, organize and share content” as you browse content on the web.

Collections provides “intelligent export to apps like Word and Excel preserves the logical structure of your content. You can turn loose paragraphs into a handout with citations, or turn a shopping list into a spreadsheet sortable by price”.

In terms of Dev Channel improvements for Collections, users can now reorder items via keyboard input.

This update should make its way to the Beta Channel over the coming weeks. Microsoft debuted its beta channel for Chromium Edge in August.