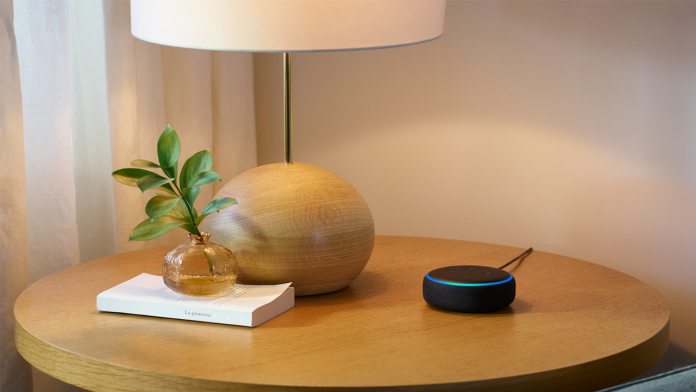 “The ornamental design for a portable speaker, as shown and described,” it reads, while providing little other supporting information. The design features a device with a circular top and bottom and rounded sides, with volume, answer, hang up, and mute buttons on its surface.

Despite some rumors, the patent does not directly mention if the speaker in question is a smart one, nor does it say Cortana will be integrated. However, the application does reference several articles about portable speakers, some of which are AI-powered.

Given the appearance of the call buttons, it’s likely the purpose of the device is along that nature. Such a device could be used in meetings that have audio calls. With Cortana currently being refocused for the enterprise, her implementation could be useful, but there’s no evidence for that so far.

Whatever the case, it seems very unlikely that, should the device release, it would be consumer-focused. Microsoft has previously admitted that it missed the smart speaker market and is retiring Cortana from Windows 10. Though general users make a lot of phone calls, it’s unlikely they’d want to do so via a speaker.

It’s always worth noting that while patents can be used in end products, they often aren’t. We’ve seen numerous patents from Microsoft that haven’t come to market, from a foldable Windows Phone to a projector/augmented reality combination.

Still, with the Surface hardware event approaching and a previous surprise release of the Surface Headphones, we’ll shortly know if Microsoft plans to enter further into the audio market.