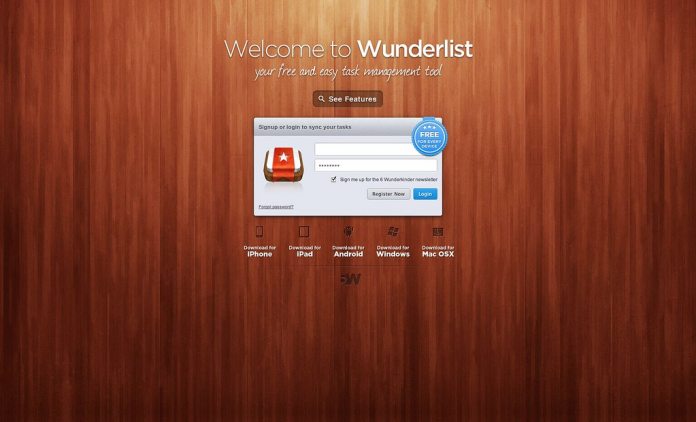 Back in 2015, Microsoft paid between $100 million and $200 million for Wunderlist, which was one of the leading task management applications. Now, after several years the company’s original founder wants to buy back the app.

Christian Reber, who founded Wunderlist 2011 wants to buy back the company that grew to 13 million users by 2015.

Reber says is reason is to save the app from closing permanently. It quickly emerged after Microsoft’s acquisition that Redmond had specific plans for the app. Wunderlist would be cannibalized by Microsoft To-Do, the company’s new task management application.

Why Microsoft decided to ditch a respected brand and press ahead with its own tool is still unclear. Wunderlist running on Amazon Web Services was the chief cause. Microsoft wanted its app to be Azure based, so decided to write a new app rather than port Wunderlist.

Still sad @Microsoft wants to shut down @Wunderlist, even though people still love and use it. I’m serious @satyanadella @marcusash, please let me buy it back. Keep the team and focus on @MicrosoftToDo, and no one will be angry for not shutting down @Wunderlist. pic.twitter.com/27mIABncLF

It was a path with plenty of headaches. Microsoft regularly lamented how difficult it was to transition Wunderlist features into Microsoft To-Do.

However, the feature migration was eventually completed, and Microsoft To-Do is now an excellent task management app. Furthermore, Microsoft has really thrown support behind the tool in recent years. Updates arrive regularly and new features have made To-Do interestingly functional.

Unfortunately, To-Do’s growth has left little room for Wunderlist. While the app is still working, Microsoft announced in 2017 it will eventually be shuttered. Closure date is unknown, but Reber wants to act before Wunderlist is removed.

“Still sad Microsoft wants to shut down Wunderlist, even though people still love and use it,” says Reber on Twitter. “I’m serious Satya Nadella and Marcus Ash, please let me buy it back. Keep the team and focus on Microsoft To-Do, and no one will be angry for not shutting down Wunderlist.”