Microsoft has launched the first preview of its rebooted PowerToys. The tool, which has its roots in Windows95, looks to give users more options to customize and streamline their OS.

This release introduces just two features: an easy shortcut guide and the ‘FancyZones’ window manager. With ShortcutGuide, users can hold the Windows key for a customizable amount of time to get a list of keys they can combine it with. This overlay taps into the content on a user’s screen, pointing out taskbar elements, shortcuts, and more.

FancyZones is arguably more useful. With it, users can choose between preset window layouts or create their own. This is useful if you do anything other than split your screen into halves or quarters. You can create a 2/3 and 1/3 layout, for example, or get more complex and split those into smaller pieces. 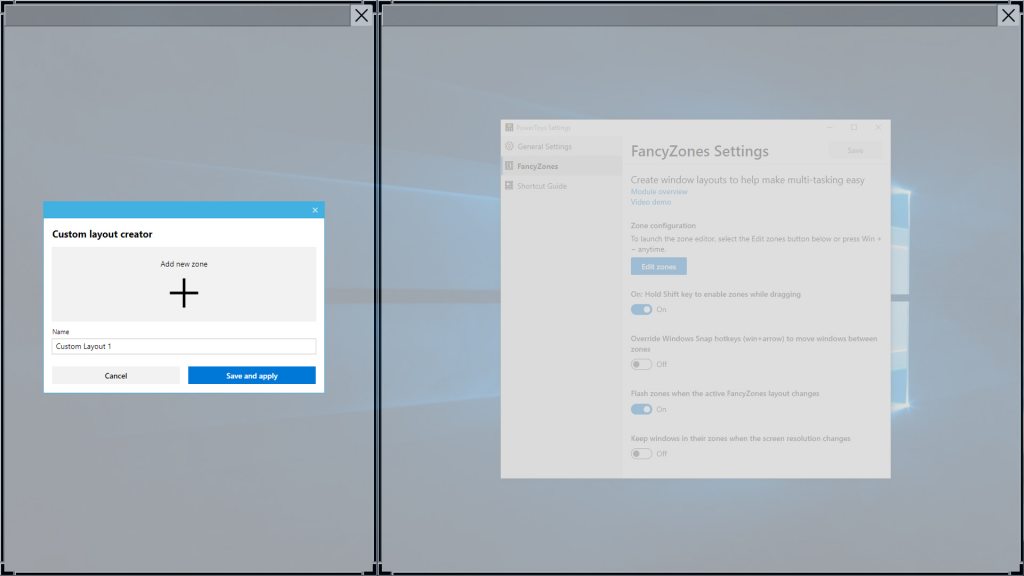 To adjust the zones, users can drag black bounding boxes to their precise size requirements. After setup, they can choose to have the configuration replace their Windows key + ↑,↓,←, and → shortcuts.

In our testing, FancyZones worked admirably on a single-monitor setup, but ran into issues once using more screens. This is something Microsoft is sure to fix in the future, alongside new features for the app.

The team is currently working on the following:

It’s planning the following in the longer term, with user’s voting on the priority:

PowerTools is open source and can be downloaded from GitHub.