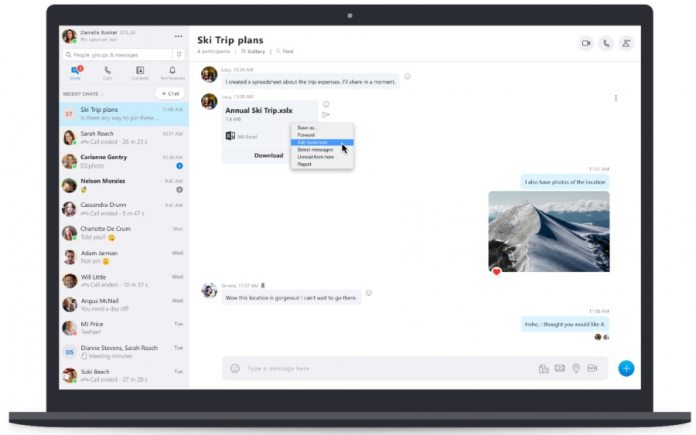 Microsoft took the weekend to issue a new Skype Insider preview update. Through the release, the application has bee bumped to version 8.52.76.76 and is available to Skype Insider Program users.

While not a major update (Microsoft issued one of those last week), the new preview comes with two new features.

First up is an important new tool for calling on the communications app. Skype now has the ability to schedule group calls. Users could previously only schedule a call if it was going to be one on one. That limitation has been lifted and users can select multiple participants in a group and schedule when the call will be made.

The second new Skype Insider feature released with this update is a drag and drop to conversation feature. Users can now drag and drop from a contact list directly into a conversation. This feature is limited to the Skype desktop app.

Microsoft says the two new features will be available to Insiders in the coming days.

When you type a message but not send it, Skype will now save it as a draft. The app would previously remove the message if you left the chat or closed Skype. Bookmarking is another interesting feature that will improve the message experience. You can now choose to bookmark any message by right-clicking (long press) and choosing “Add bookmark”.

Elsewhere in the update, it is now possible to preview files and media in the Skype mobile app.