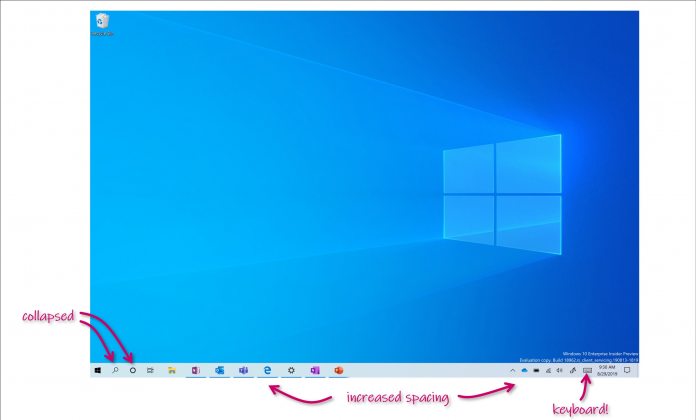 Microsoft has rolled out its latest Windows 10 20H1 preview to members of the Windows Insider Program. Available on the Fast Ring and Skip Ahead branches, Windows 10 build 18970 comes with an interesting new feature.

Windows 10 20H1 previewers now have a new tablet experience. Functional on 2-in-1 convertible PCs, the change lets you enter tablet mode without interruption. So, if you want to flip the device from a laptop to tent triangle stance, you will see no interruption as Windows 10 switches to tablet mode.

There have also been some changes made to table mode. For example, taskbar icons increase, the search box becomes an icon, File Explorer becomes touch-enabled, and the touch keyboard will automatically open with text fields are selected.

Microsoft has also made changes to Rest this PC on Windows 10 20H1. Previously, the option could only do a local reinstall from Windows files. Now the tool can download Windows versions as well, with cloud downloads available.

Elsewhere, Microsoft has made the latest round of bug fixes and announced known issues: