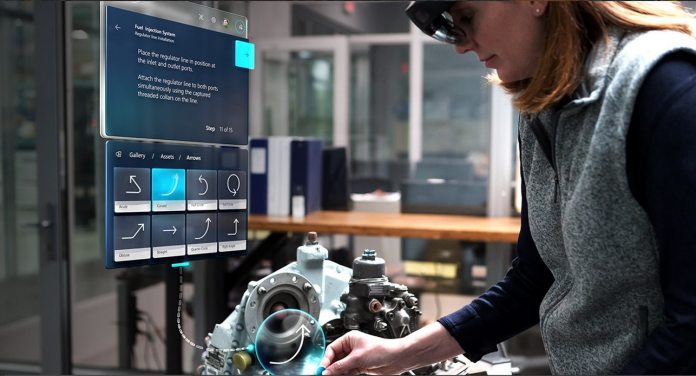 Microsoft has been making some big changes to Dynamics 365 in recent months, including setting up a bug-finding project and restructuring prices. This week, the company rolled out an update for Dynamics 365 Guides, its HoloLens-supported mixed-reality application.

With the latest update, Dynamics 365 Guides is moving to version 104.1908.24001. Included in the release are improvements to hologram manipulation, increased language support, and more accessibility options.

Guides is an application that works with Microsoft’s HoloLens and HoloLens 2 augmented reality hardware. It is currently a preview app that gives users guidance when working with holograms. Guides provides instructions for technical process when building holographic content for applications.

Looking at the changes, Microsoft has improved accessibility by offering better color contrast and high-contrast modes. Available on Dynamics 365 Guides on PC, the options make it easier for users who are visually impaired to interact with the app. Additionally, the Narrator tool can now read authoring options out loud, with the keyboard becoming a user interface.

“Holograms move more naturally as you place them in space, which makes it easier to accurately align holograms to the real world.”

If you’re interested in these improvements or checking out Guides for the first time, you can find the app in the Microsoft Store here.