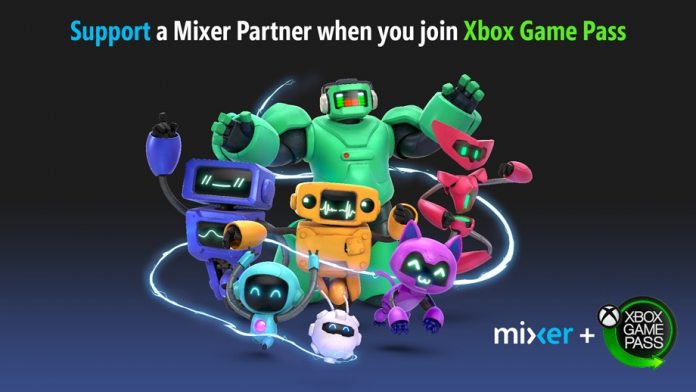 A lot has happened to Mixer, Microsoft’s Twitch rivalling game streaming service, over the last two months. From laying off staff in what seemed to be a sign of winding down the service to poaching Twitch’s biggest streamer, a lot has happened.

This week Microsoft has again reaffirmed its commitment to Mixer with an interesting new feature. Viewers can now support their favorite content creators by purchasing Xbox Game Pass. It seems this is a direct integration with Mixer Direct Purchase, a program that allows streamers to make money through game sales generated through their streams.

“Today, with Xbox Game Pass, we’re excited to expand the ways creators can earn on Mixer with a new program,” The company revealed during a new blog post. “Mixer Partners will receive $3 compensation for every new member that joins Xbox Game Pass and credits their channel with a code.”

Under the new model, new Game Pass subscribers or those moving to Xbox Game Pass Ultimate will receive a Mixer Partner Code. On a stream, users can place this code in the “Support A Creator” button to support that content creator.

“With the important role content creators like Mixer Partners play in the discovery of new games, it was a natural step for us to build this program,” Microsoft added. “But it is just the first step. Keep an eye out for future Mixer and Xbox Game Pass news – we may have something else in the works. Stay tuned.”

When Microsoft laid off its Mixer programming team in June, it seemed a sign of the end for the streaming service. However, since then Microsoft has doubled down to recommit to its Twitch rival.

Part of that movement involved throwing a ton of money at Ninja, Twitch’s biggest streamer, to become an exclusive content creator on Mixer. While Ninja is the first and likely cost Microsoft a lot of money, his influence could see other major streamers make the switch.