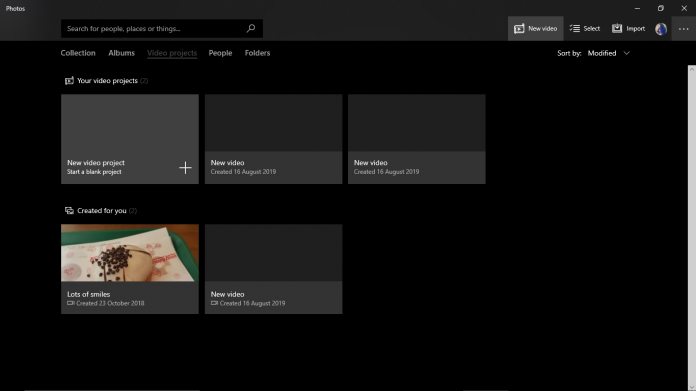 Windows 10 Photos app has been receiving numerous features in recent months, giving more tools to users. However, as the native platform application continues to evolve, Microsoft is also sunsetting some features. For example, the company has removed the OneDrive video project sync tool.

Microsoft has decided to ditch the feature. In a quiet announcement, the company says it will remove the feature in January 2020. One of the tools of the OneDrive video project sync would allow users to move projects and metadata to Microsoft’s cloud storage solution.

In a support document, Microsoft says metadata for any current synced video projects will be deleted. The company will not recover this data for users. Metadata is the important information for the contents of a video and users will not want to lose it.

Furthermore, Microsoft confirmed this does not mean users will lose actual videos or other content stored in OneDrive. Instead, the change to Windows 10 Photos will only affect video projects that were created in the apps.

To warn users of the change, Microsoft has placed the following message on Photos:

“Syncing video projects to OneDrive is going away as of January 10th, 2020. We recommend turning off sync now to make sure you have the latest version on this PC.”

It is worth noting Microsoft has already placed a similar feature to OneDrive video project sync in Windows 10 Photos. Located in Settings, users can open a video project then select “See more” and choose the “Back up the project” choice.

Once this path is taken the application will create and save a .vpb file and import files to other devices.

While this offers a way to get projects on OneDrive, you will have to repeat the steps for every video project that is created.