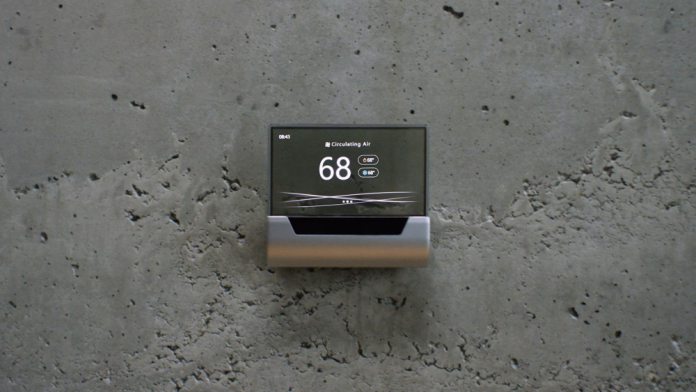 Johnson is removing Cortana from its GLAS thermostat. The beautiful smart device was created in partnership with Microsoft and widely promoted as a Cortana device on its launch. Now, it seems the digital assistant is being retired in favor of Alexa and Google.

As spotted by The Verge, Johnson Controls is planning a software update that will disable Microsoft’s helper entirely.

“The Microsoft Cortana voice assistant will no longer work on your device,” it said in an email to GLAS customers. “Moving forward, you will still have access to other voice assistants to control your thermostat through the Works with functionality of Amazon Alexa and the Google Assistant.”

Johnson announced support for Google and Amazon’s offerings almost exactly a year ago. The assistants were available on the device at launch and are likely utilized by users far more than Microsoft’s.

Indeed, the tech giant is angling Cortana away from convenience and towards assistance. It never had the home-focused integrations of its competitors, and executives previously expressed regret at not getting into the smart speaker market earlier.

As a result, it’s unlikely Microsoft will be too upset about this development. Currently, it’s looking to position Cortana as an enterprise helper, her functionality making its way into various software like a much smarter Clippy.

At the same time, the tech giant has announced plans to remove Cortana from Xbox. Harmon Kardon’s Cortana smart speaker is also unavailable and she’ll soon be just an app in Windows.