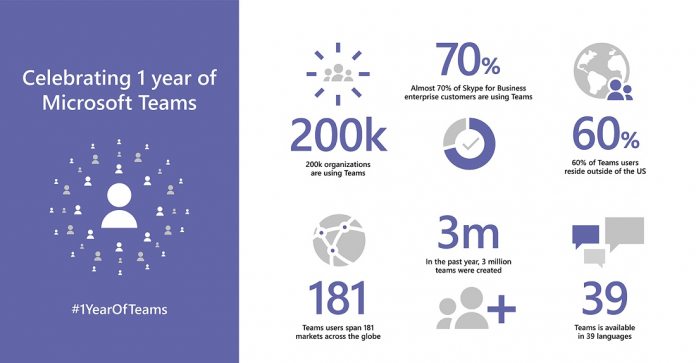 Microsoft Teams has become a rapidly growing service, thanks largely to its availability in Microsoft 365 across platforms. Available on Windows, Mac, iOS, and Android, Teams has become a major success for Microsoft. Now, it seems the company will bring the workplace collaboration service to Linux.

It is worth noting, Linux users can already use Microsoft Teams through the web version. However, Windows Central found a thread on the Microsoft Teams UserVoice page where engineer Alex hinted at expansion to Linux.

While not speaking about Microsoft’s desire to bring Teams to more platforms and Linux specifically, he said “stay tuned for more information soon”.

It’s important to know the thread was originally created in 2016, but Alex’s response was published last month. How close Microsoft is to creating a Teams app on Linux remains to be seen. Slack, Microsoft’s chief competitor in this market, already has a Linux app available to its users.

BUT there's nothing in the repo yet.

Through its Skype enterprise service, Microsoft has a dominant position in the workplace chat market. Creating a native app experience for as many platforms as possible will allow Microsoft to stay ahead of Slack.

Slack clearly sees Teams as a threat, but the company’s CEO attempted to cool Slack’s obvious unease by saying Teams is not a threat and could even be compared to Google+ and Bing.