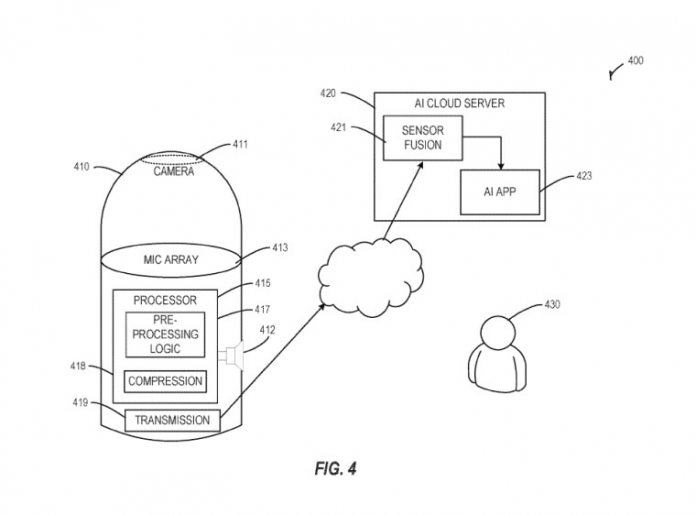 Microsoft has been at the forefront of AI development for several years. The company sees artificial intelligence as a driver of technology in coming decades. It’s not just about furthering the scientific evolution of AI, but also making the technology functional in real situations. With that in mind, a Microsoft Patent describes how AI can function with a single fisheye camera and an array of microphones.

If you are unfamiliar with fisheye cameras, they hold lenses that allow them to see a complete 360-degree view. It is worth noting this is not a technology Microsoft is inventing as it has been around for years. However, the recently published Microsoft Patent plans to utilize fisheye camera technology differently.

The aim of the technology would be to significantly reduce problems that arise when capturing moving object or focusing on a single movement amongst numerous objects. Microsoft will use several microphones and a fisheye camera positioned close to a circular array of mics.

By using AI integration, Microsoft could also potentially fold in other features, such as voice control, Cortana functionality, and more.

Microsoft describes how the technology could function across form factors, including smartphones, tablets, and PCs.

As always with a patent, there are no guarantees that Microsoft will ever implement the technology. However, we know the company is eager to leverage artificial intelligence across functionality, so this is something we would see the company developing further.