Microsoft has been increasingly pushing its services towards green energy, including datacenters that manage Azure and cloud operations. This week, the company announced a new initiative for a renewable energy project in Arizona.

In a blog post, Microsoft says it will build two new Azure datacenters in the Arizona towns of El Mirage and Goodyear. Both campuses will be developed and built in collaboration with First Solar and will operate on solar power.

First Solar is currently building its Sun Streams 2 photovoltaic solar plant in Maricopa County. The 150-megawatt plant will be operational in 2021 and will provide solar powered renewable energy to the two Azure data locations. Microsoft confirmed it has entered into a twenty-year energy agreement with First Solar.

“We’re working continuously to deliver scalable, highly available and resilient cloud services to more than 1 billion customers across the globe while simultaneously building and operating more efficient and sustainable datacenters that will serve the world well,” Microsoft says.

Microsoft also explains how it approaches the cooling of the datacenters, which will not use water cooling:

“The advanced design of Microsoft’s datacenters means that our planned datacenters will use zero water for cooling for more than half the year. Our design uses outside air instead of water for cooling when temperatures are below 85 degrees Fahrenheit. When temperatures are above 85 degrees, an evaporative cooling system is used, which is similar to “swamp coolers” in residential homes. This system is highly efficient, using less electricity and a fraction of water used by other water-based cooling systems, such as cooling towers.”

First Solar has confirmed energy from its plant will help Microsoft save “nearly 356 million liters of water” each year compared to non-renewable energy sources.

Microsoft Chooses Sweden for its “Most Sustainable” Data Centers for Azure 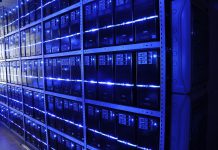