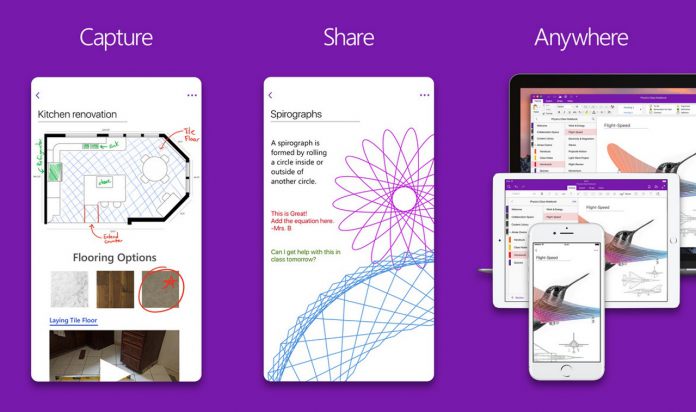 Microsoft recently rolled out a dual update for its OneNote application on mobile devices. On Android, the note-taking app has been bumped to version 16.0.11727.20002. Over on Apple’s iOS, the OneNote app is making its way to version 16.27.

Starting with the iOS update, Microsoft has added an option that lets users to move images to the background of a page. Elsewhere, the app also displays more sync status information.

Here is the changelog for version 16.27:

Android users with the OneNote app can now add images directly to Sticky Notes. These images can come directly from the camera or from existing saved photos. Also in version 16.0.11727.20002, Microsoft has fixed a problem that was affecting the cursor.

Below are the full release notes:

Sticky Notes became part of the OneNote Android experience back in November last year. Users can sync notes across all devices through their Microsoft Account. With the integration, users have the same feature set that’s available on Sticky Notes for Windows 10. Customization options are located in the top right and let you change note colors and text formats.

To check out the new update for iOS, head to the App Store here.

As for the Android update, it’s available from the Google Play Store here.