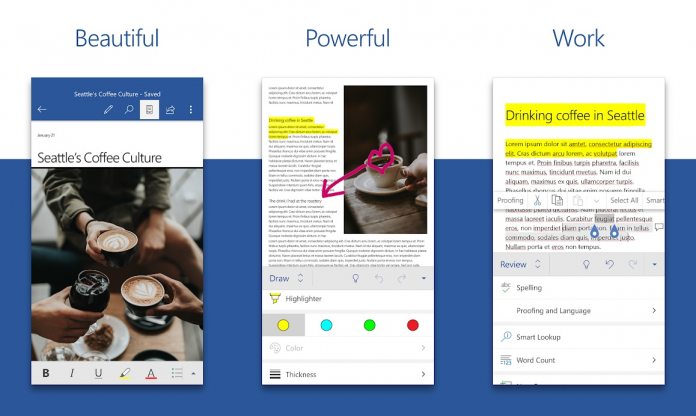 Microsoft’s first-party mobile ambitions crashed and burned when the company shuttered Windows Phone. However, Microsoft remains huge on mobile, albeit as a service provider on rival platforms. So much so, Microsoft is one of the leading developers on both Google’s Android and Apple’s iOS ecosystems.

Recently, Microsoft offered a glimpse of just how popular its applications are on Android. The company says its Microsoft Word app from the Office suite has been installed on Android devices over 1 billion times.

Users can see this milestone for themselves as download data is found on the Google Play Store.

The data shows that Microsoft’s decision to move away from its own mobile platform and embrace being a third-party app supplier on other OS’s has worked. Microsoft apps are popular, while the company is also one of the most consistent developers on mobile.

However, it also highlights Microsoft’s mis-management of mobile. People clearly want to use the company’s services. So, if Windows Phone had been a success Microsoft could be a major player in mobile.

It is a misstep that even Microsoft founder and former CEO, Bill Fates, recently said missing out on mobile was his biggest mistake.

While he admits the result has not particularly harmed Microsoft as the company’s other divisions thrive, he says missing out on mobile meant Microsoft is competing instead of dominating:

“It’s amazing to me that having made one of the greatest mistakes of all time. And there was this antitrust lawsuit and various things, that our other assets like Windows and Office are still very strong, so we are a leading company,” says Gates. “If we had gotten that one right, we would be the leading company, but oh well.”