Quantum computing isn’t quite ready for the mainstream, but that hasn’t stopped Microsoft from releasing its code to all. On July 11, the tech giant announced that its Quantum Development Kit is open source on GitHub.

Plans for the release were unveiled back in May, and developers have been waiting eagerly since. Though the hardware aspect is still in its early stages, Microsoft is rolling out its Q# compiler and Quantum simulators early to ensure users are as informed as possible.

“We hope to empower you to explore Quantum Computing and contribute to solving some of our world’s most important challenges, such as clean energy solutions and resource-efficient food production,” said Krysta Svore, principal researcher, Microsoft Quantum computing.

Previously, the company open-sourced aspects of the development kit but held back others. The kit has received several updates over the past year, including a new ‘no install’ option, a new chemistry library, and performance improvements.

While the open source nature is likely to spur improvements, it also further presents the image of Microsoft as an open source supporter. It’s still working hard to win back goodwill after the ’embrace, extinguish’ days, and its efforts are starting to pay off. Earlier in the week, it was accepted into the private Linux distro mailing list.

Still, the approach it’s taking to Quantum is a risky one. Rather than the going the route of Google, IBM, and Intel, Microsoft’s efforts lean on an elusive particle known as the Majorana fermion. Its hope is that it will be able to produce more stable, less noisy Qubits that its competitors.

It’s putting a lot of resources behind that, opening a new lab in Delft, snapping up former Qualcomm engineers, and reportedly spending up to a billion per year. It’s very clear that Microsoft thinks the future of computing is entangled with Quantum, and developer support is a big factor in a successful platform.

QDK comes with development environment extensions for VS, VSCode, and Jupyter for ease of use. Microsoft also has extensive documentation, Jupyter notebook samples, and a Docker image definition.

“Although Microsoft published the Quantum Development Kit, this is really our collective QDK. It is researchers, developers, and academics such as yourself that are the key to unlocking the power of quantum computing,” said the Microsoft Quantum team in a blog post.

“The collective contributions of our quantum community will drive the necessary software advances, from the algorithms that will unlock applications to the tools that will enable the optimization necessary to overcome hardware constraints, so that together we can solve planet-scale challenges.”

You can find the open source development kit on GitHub. 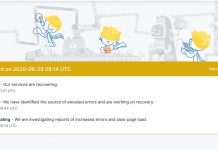 GitHub Goes down on Monday Morning, Leaving Developers Locked Out