Microsoft has gone full damage control after announcing changes to its partner program that could negatively affect its users. Last week, it announced that internal use rights (IURs) would stop in 2020, removing what many partners see as the program’s main benefits.

It has since hosted a 20-minute AMA in which it explained its reasoning, as well as its priorities and trade-offs in the coming year. However, this doesn’t appear to have sated partner program participants, and the video has since been removed from YouTube.

So, what are internal use rights, and why are partners so ready to dispute the change? Well, the name is quite self-explanatory. It means they can use Microsoft software in their business, a tiered system determining how many IURs they’re allowed.

They feel this is important as it helps them to better understand the technology. It can help to gain familiarity with changes and how they affect business processes, with that knowledge trickling down to help customers.

On the surface, it looks like a penny-pinching initiative that will only harm partners and their consumers, while saving Microsoft little. According to ZDNet’s Mary Jo Foley, though, that may not be the case.

A source inside Microsoft has told the journalist the company is incurring $200 million annually due to IURs, and that number is only growing. Though it costs nothing to hand out software keys, maintaining cloud and compute infrastructure for products like Office 365 is costly.

In the AMA webcast, Toby Richards, general manager of the Go-To-Market and Programs in the One commercial partner organization had a lot to say. He highlighted that 9,800 partners join the program each month, and they’re all asking for training, referrals, and other additions.

As one partner pointed out to Foley, though, those 9,800 partners don’t necessarily get the software. The sign-up gives them access to partner sites and the ability to pay a subscription to get access to a small amount of internal use software.

Meanwhile, 95% of Microsoft’s commercial revenue goes through its partners. A recent report suggests the company generated $9.5 billion in contracted partner revenue since the program’s introduction, next to which $200 million is a paltry sum. For each $1 it makes, the tech giant says its partners make 10, however.

In all, it’s unlikely partners who relied on the free software will change their mind any time soon. Unfortunately, it would be equally surprising if Microsoft did a 180 at this stage. This may just be a change partners have to live with, though it could make for an awkward Inspire conference come July 15. 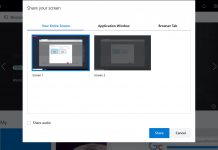 How to Add Take Ownership to the Right-Click Context Menu in...