Microsoft’s work on a foldable Surface device have largely centered on creating a hinge mechanism to make the most of folding tech. One area we have seen existing folding devices suffers is in the creases caused by the fold. A new Microsoft patent proposes to solve the problem by including a notification strip on the hinge.

Discovered by WindowsUnited, the patent would use the hinge as an extra screen for notifications. Any folding screen Surface device would have two separate displays. The device could either be a single large screen when open or a book of two screens when closed.

Microsoft proposes having the hinge act as a third screen, or as the company describes it “a third screen region”. 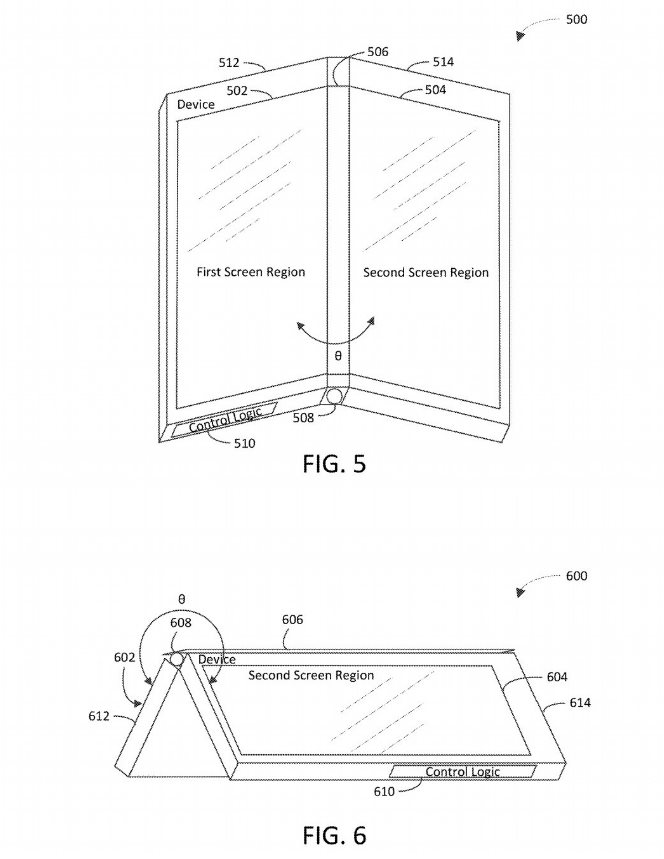 As I usually warn, this is still a patent and there are no guarantees that this technology will reach a Surface device in the future. While we are unsure on this technology, Microsoft is definitely working on hinge technology for a folding Surface.

Last month, we discussed another patent that aims to solve the problem with fold creases on a bending display. Microsoft has decided to continue to R&D its own folding screen hardware, which is known as Centaurus. A newly discovered patent highlights how the company plans to deal with crease issues on folding screens.

Titled, “MOVEABLE DISPLAY SUPPORTS, COMPUTING DEVICES USING SAME, AND METHODS OF USE,” the patent was filed in 2017 and published recently. Microsoft describes creating a movable support for folding screen. This attachment would allow the display to be locked a specific direction, preventing one of the main causes of creasing.