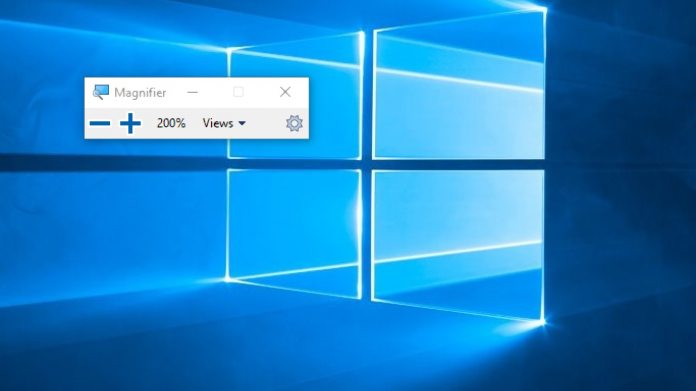 Microsoft is moving full steam ahead with its Windows 10 20H1 development, despite there being around 10 months until it launches. We have covered numerous changes coming to the platform early next year. The latest eye-catching overhaul regards the magnifier, which is getting a new UI design.

Twitter users @Leopeva64 says the Windows 10 magnifier will be redesigned to match the overall aesthetic of the platform. Among the changes will be the option to toggle the light theme, a Fluent Design element Microsoft added through the May 2019 Update (version 1903).

According to the source, the app will also have some behavioral changes. For example, users on the Fast Ring of the Insider Program can now “collapse the magnifier window to a floating transparent magnifying glass” doesn’t appear, I hope it’s a temporary bug due to the changes they made.”.

Microsoft’s Shou-Ching Schilling, a Windows Accessibility Community Team software engineer, confirmed magnifier is receiving a refresh. He said the app is one of the most requested by users in terms of new UI design.

“Good observation. We are in the middle of making some changes to the Magnifier UI. Question: Do you like the transparent UI? What do you like (or not like) about it?” Schilling posted.

And yes, we have not forgotten Windows 10 19H2, but Microsoft seemingly has. The company has yet to say what its plans are for that release, which will be available to users before 20H1. However, it is almost certain that 19H2 will be a service pack update that adds little in terms of new features.

While that is a change of tactic from Microsoft’s two feature rich updates per year, it allows the company to concentrate on Windows 10 20H1. One major benefit of developing the update so early is hopefully a reduction in post-release bugs.