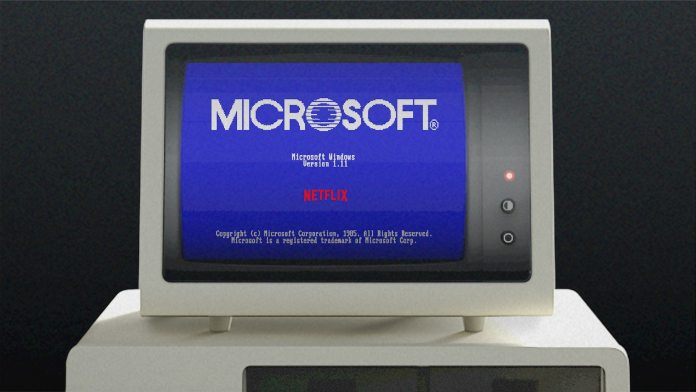 During this month, Microsoft has been teasing an interesting product. However, this was no new product as the company has been pointing to its old original Windows 1 platform. As we reported last week, the teasers were almost certainly for Stranger Things Season 3.

Set in the same year as the release of Windows 1, the Netflix Original Series has been available for streaming since July 4. Microsoft has now confirmed the teasers were tied to the show. What’s more, the company has released Windows 1.11 to the masses.

Available from the Microsoft Store, the platform is available to everyone. Interestingly, Windows 1 is now an application that takes up 775MB of storage. Back in the year of it release, users needed several floppy disks to install it.

Either way, Microsoft’s description for the app is below:

“Experience 1985 nostalgia with a special edition Windows 10 PC app inspired by Windows 1.0—but one that’s been taken over by the Upside Down from Stranger Things. Explore the mysteries and secrets plaguing Hawkins, unlock unique show content and easter eggs, and play retro games and puzzles—all building off Stranger Things 3. Join Eleven, Steve, Dustin and gang as they seek to save Hawkins and the world. Embrace the 80s and grab your hairspray, because it’s basically the raddest show companion experience ever. But fair warning: beware the Mind Flayer. Download the Windows 1.11 app today. Best of luck!”

While Windows 1.0 set the ball rolling on the Windows brand and kickstarted Microsoft’s push to market dominance in the desktop world, it wasn’t beloved at launch. Critics thought the platform to be too focused on mouse input, a then novel way of interaction.

Of course, we can see how Microsoft push towards mouse control was simply pointing to the future. Back in 1985, it was an evolutionary step too far.