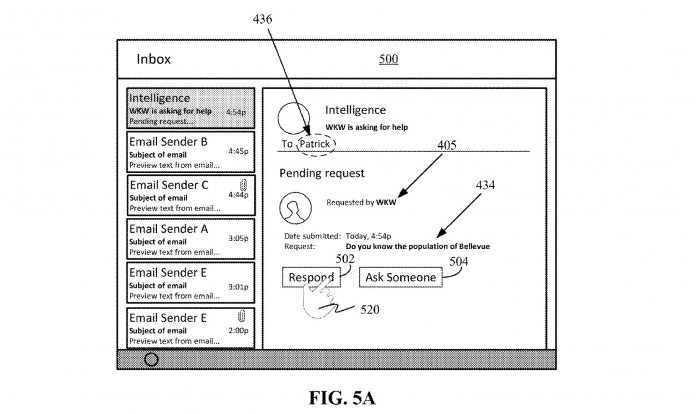 We have touched upon numerous Microsoft patent ideas in recent months, mostly focused on the company’s Surface hardware. From a stylus with a digital Touch Bar-like strip, to several implementations for new hinge technology. However, Microsoft also continues to patent software ideas at a rapid pace.

The latest Microsoft Patent describes a solution for handling inline notes that relies on hybrid intelligence. Such a tool would make collaborating on content more efficient.

Microsoft wants to streamline a process that it admits is already available on services such as Word and Google Docs. However, the company says current implementations of inline note making are frustrating experiences.

To speed up collaboration, a Microsoft Patent details a hybrid intelligence tool that uses machine learning that could leverage a bot framework. Such a system would place inline responses without access to the document. Furthermore, the tool would use triggers such as @:check this to perform tasks.

The patent also points to an integration with communication services to push notes to the appropriate user. Recipients could select responses to insert into notes based on interaction windows, or by typing themselves.

If a specific request for response has been issued, a recipient could pass the question onto other users in the collaborative group. Microsoft’s solution would arguably create wider collaborations as recipients would only see content that is relevant to them.

If you want to check out all the details, including how communication channels can be used to facilitate editing, check out the full patent files here. As always, there is no guarantee that Microsoft will ever release this solution. That said, it seems tailor made for some of the company’s services, such as Microsoft Teams.