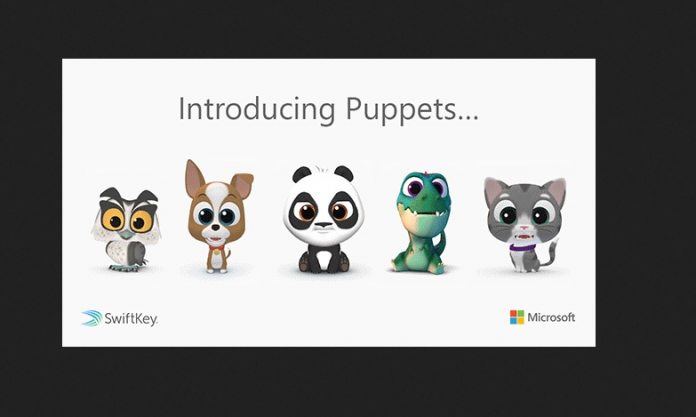 SwiftKey is continuing to expand its feature set with a new update that integrates an animated emoji tool in the virtual keyboard. By using artificial intelligence (AI) tools, the Microsoft-owned company has created a solution that mimics the user’s face. It shows detailed 3D animated facial expressions.

Called “Puppets”, the SwiftKey is available from today on select devices. It will be a staged roll out that will happen over the coming weeks.

With Puppets, users can record themselves and be transformed into an emoji such as a dog, dinosaur, and other characters. Like we have seen on other AI emoji solutions, the SwiftKey feature reads and animates smiles, head movements, winks, and so on.

SwiftKey says Puppets was created by accessing thousands of images and videos from volunteers. The resulting data was used to train a deep neural network that could identify expressions in real-time.

Users can record up to 30 seconds of video with audio and Puppets will transform it into an emoji. The resulting animated clip can be shared with contacts.

“We wanted to give SwiftKey fans a fun way to communicate with their loved ones beyond pre-defined GIFs,” said Deepak Paramanand, a Product Manager for the company. “We created Puppets, a group of cute and furry friends that people can control just by being themselves. Choose one of five animals, record a message of less than 30 seconds and share it via one of the many popular communication apps supported by Android devices. It’s a fun way to stay in touch.”

It seems that Puppets is only available on the SwiftKey Android applications. We guess it will come to iOS in time, but no confirmation on that release has been given.