A newly published Microsoft patent adds to rumors that its Surface line may have a foldable future. However, though hints at its dual-screen Centaurus device has been abundant, this patent highlights a design where the screen would be flexible, rather than two separate elements.

Titled ‘Flexible display hinged device’, its diagrams feature a hinge design Surface Book users will be very familiar with. Hidden under the display is what Microsoft calls an ‘Exoskeletal hinge’.

The first segment of the hinge creates a curved tab, which when folded, travels into the cavity created by a second hinge segment, and so on. According to the patent, the design of this hinge, in particular, offers some benefits for foldables. 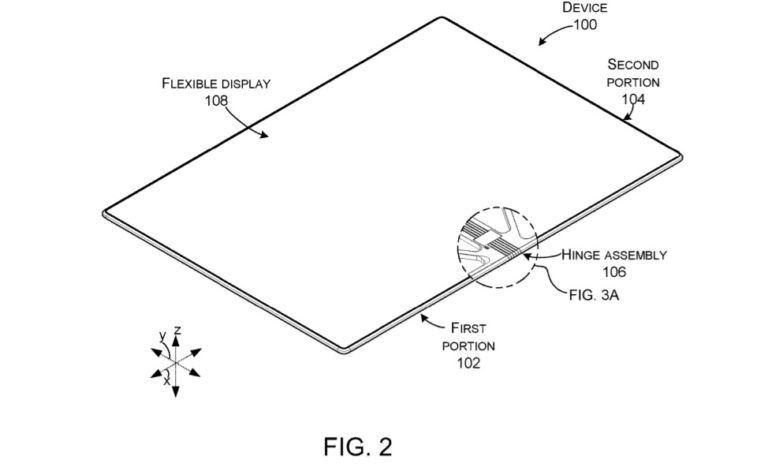 “The present implementations can employ a self-adjusting arcuate hinge design that can automatically adjust its length during rotation and can maintain the flexible display on the neutral axis during rotation,” Microsoft explains.

“Flexible displays have advantages over rigid displays, but can be susceptible to damage. Thus, these implementations solve a technical problem of maintaining the flexible display in a neutral environment throughout the range of rotation of the first and second portions.” 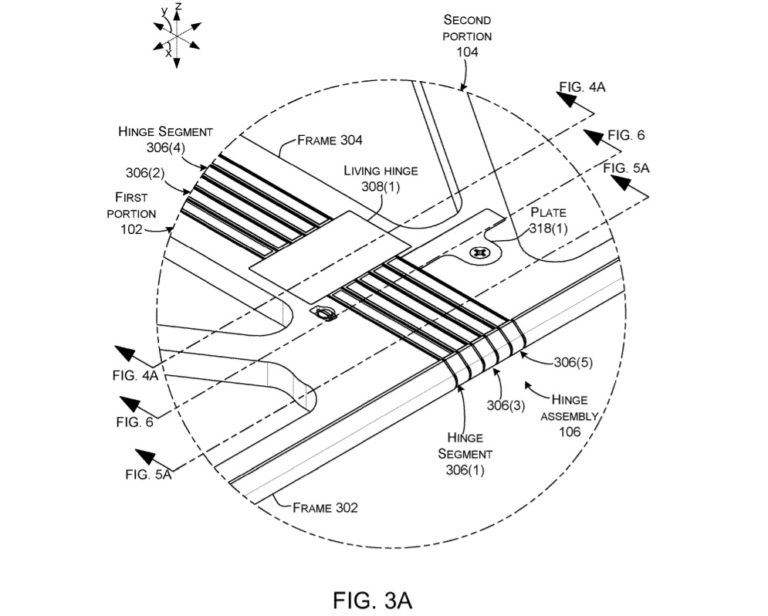 The mentioned durability is a very pertinent factor when it comes to foldables. Samsung rushed out review models of its Galaxy Fold far before the competition, but its implementation turned out imperfect. Within days, press noticed issues with their display – some due to the removal of a seemingly innocuous screen protector, and others after debris entered between the fold.

Microsoft’s design could prove more durable while allowing for more than just open or closed. It suggests opening to zero degrees for a tablet but could rest in a position anywhere between for laptop-like functionality with the bottom half.

It’s worth noting that this isn’t the first flexible display patent we’ve seen from the tech giant in recent times. Earlier in the month, FPO published a method to bend an OLED screen while supporting it with triangular protrusions. This seems to allow the device to bend outward, around itself, rather than inwards.

The OLED solution was published in 2017, around the time of this most recent one. Microsoft was clearly exploring a number of options during that period, but rumors peg it as having settled for dual screen in the short-term.

Still, it’ll be interesting to see if any of these designs appear in future Surface devices. It’s clearly a form factor the company is putting a lot of research into, and seems to be the way the industry is moving.