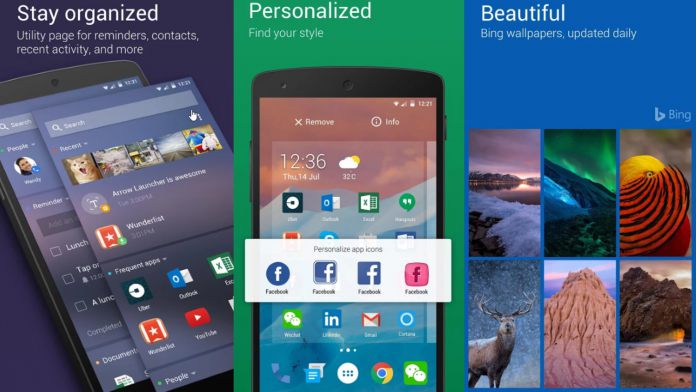 Perhaps the most important addition to the Launcher is a deeper integration with Microsoft Teams meetings. Users can now join meetings directly from the Calendar card on the Launcher Feed.

Microsoft has also added support for adaptive icons to create a uniform look for apps. This feature was actually introduced in version 5.5 and is available across all Android devices. It is unclear why Microsoft is listing it again in version 5.6.

Microsoft Launcher 5.6 allows users to see flagged emails in Tasks cards. It is worth noting this tool only works with Microsoft Account emails. The full changelog is below:

Users of Microsoft Teams will be particularly happy with the new integration within the Feed card. Microsoft has increasingly been tying its other service directly into Launcher.

If you are a beta tester, you can download Microsoft Launcher 5.6 from the Google Play Store now. We expect Microsoft will leave this build in testing for a few weeks before rolling it out to all users.