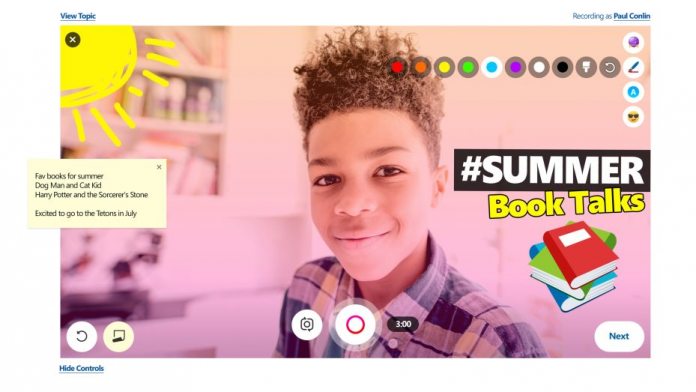 Just days after detailing a slew of education-focused features for Teams, PowerPoint, and Minecraft, Microsoft has announced what’s new in Flipgrid. The information comes out of the ISTE 2019 conference at which several exciting features debuted.

For the unfamiliar, Flipgrid, formerly known as Vikdu, was acquired by Microsoft in 2018. Its goal is to craft a platform to accommodate both teachers and students in their learning process.

As such, it looks to bring innovative new ways to learn to its customers. One such feature announced during the live event is an augmented reality system designed to bring student voices to the physical world.

Building on that is the ability for a student to quickly find discussion prompts, known as ‘topics’, including ones from Code.org, Find Your Grind, and Wonderopolis. Flipgrid itself contains 1000’s of these topics to choose from.

When it comes to video, the Shorts Camera has received a major upgrade. Users can stitch together an unlimited amount of clips into a full-length video, with the option for creative tools like inking, text, and emoji stickers.

Finally, Microsoft has been big on AI transcription lately, and that extends to Flipgrid. The app is tapping into Azure’s recent support for automated closed captioning to deliver them on every response video. Students can also use the immersive reader to read the full video transcript if they wish.