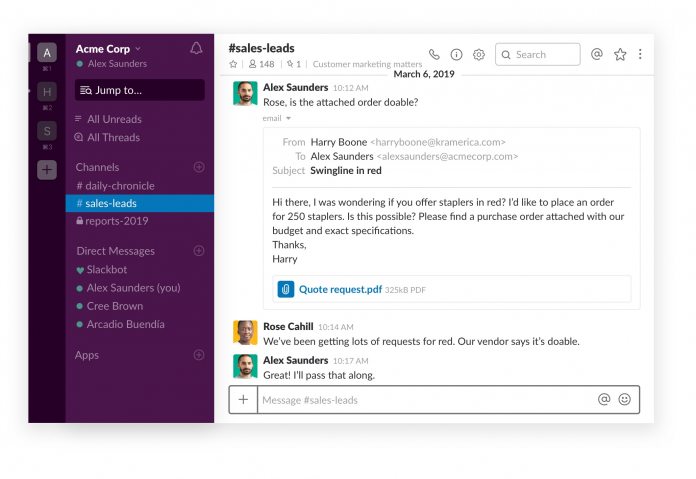 One of the more curious stories recently is a report from GeekWire, which suggests Microsoft is clamping down on its employees using Slack. Indeed, it seems the company has outright banned the use of the workplace chat/collaboration tool. Of course, Slack is the chief rival to the Microsoft Teams solution.

According to sources, Microsoft prevents any of its 100,000+ employees from using Slack. Furthermore, the company takes a similar stance against other rivals. Microsoft uses an internal prohibited apps and services list to keep employees in check.

While Slack’s rivalry with Microsoft Teams seems the obvious reason behind the ban, internal data from Microsoft suggests the company has security concerns. Specifically, Redmond says it has concerns surrounding Slack Free and Slack Plus:

“Slack Free, Slack Standard and Slack Plus versions do not provide required controls to properly protect Microsoft Intellectual Property (IP). Existing users of these solutions should migrate chat history and files related to Microsoft business to Microsoft Teams, which offers the same features and integrated Office 365 apps, calling and meeting functionality. Learn more about the additional features that Teams can provide your workgroup. Slack Enterprise Grid version complies with Microsoft security requirements; however, we encourage use of Microsoft Teams rather than a competitive software.”

It is worth reiterating that Microsoft does allow employees to use Slack Enterprise Grid, so perhaps its security concerns are legitimately the reason behind the ban of other Slack tools. Of course, Enterprise Grid is a rather expensive version so most users within Microsoft would likely opt for Teams anyway.

Grammarly is another service outright banned, again due to the company’s security worries:

“The Grammarly Office add-in and browser extensions should not be used on the Microsoft network because they are able to access Information Rights Management (IRM) protected content within emails and documents,” says the list.

Interestingly, GitHub cloud joins AWS and Google Docs on the discouraged for use list. Microsoft owns GitHub, so this shows its list really seems to be about security. 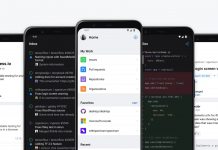 GitHub for Android Debuts in Beta