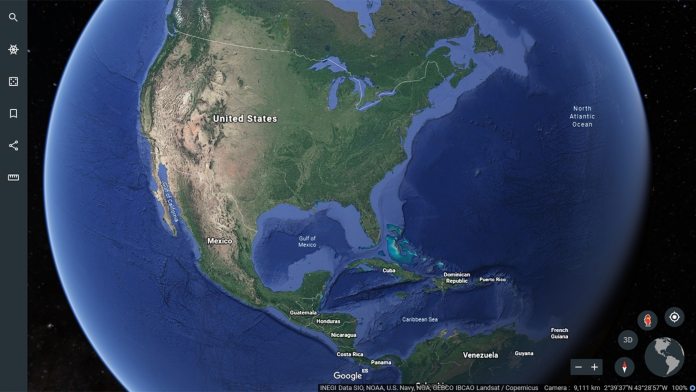 Google Earth for the web launched back in 2017, and since then it’s had a major hurdle. To use it, you must be on a modern version of Chrome. It was built using Google’s Native Client technology, which is unique to the browser and limited Earth’s reach.

As of today, that’s changing. You can get Google Earth in most major browsers including Chromium Edge, Firefox, and Opera. The change is thanks to a beta version that utilizes WebAssembly, instead, a W3C effort to bring native coding to the web.

“The Earth team found a solution to allow Google Earth to move across multiple browsers—something we’ve been working on for a while now,” explained Google. “Earth first came to the Web about two years ago using Native Client (NaCl), a Chrome-only solution—at the time. It was the only way to run native code in the browser and offer the performance users expect in modern web applications.”

Now, Earth runs pretty smoothly on other browsers with Web Assembly, though it depends on the browser. Chromium Edge should run the same as Google Chrome, but Firefox currently doesn’t support it due to a SharedArrayBuffer issue. Opera only has single-threaded support, while Safari doesn’t fully support WebGL2.

As a result, Google Earth still may not run quite as well in other browsers. However, Microsoft Edge is looking like a strong alternative, especially if it eventually ships with all Windows 10 PCs.

Google says the port was made possible via a tool called Emscripten, which lets developers compile C++ into WebAssembly while emulating native OS interfaces. In the future, the team will use upcoming WebAssembly tools like Dynamic Linking, SIMD support, and better debugging to improve Google Earth performance.