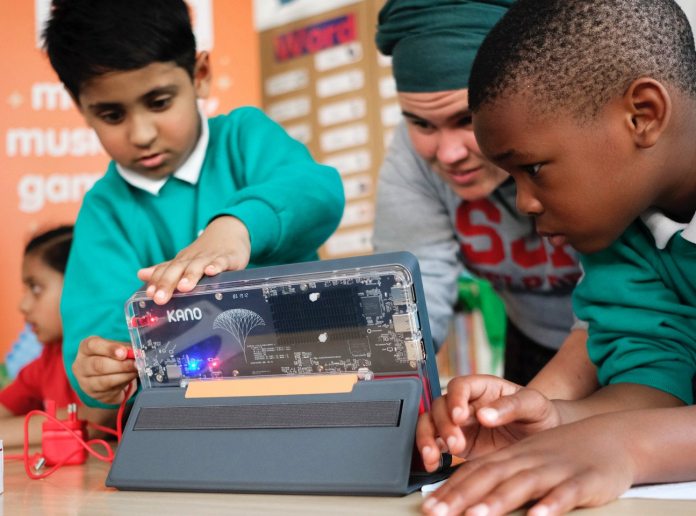 Microsoft has announced a new partnership with Kano, a company that specializes in DIY computer kits. In an announcement, the companies have launched a new build-your-on-PC. Called the Kano PC, the new hardware builds on Kano’s own previous DIY computers.

Kano’s previous PCs, the $280 touchscreen Computer Kit Touch, and its most basic $150 Computer Kit sibling, run the company’s proprietary Kano OS. However, for the new Kano PC, Microsoft’s Windows 10 will be the platform.

Specifically, the device provides the Windows 10 Education edition. There are some differences to this SKU compared to Win10 Home, such as only apps from the Windows Store will run. Kano PC is a 2-in-1 with a separate touch screen and keyboard, allowing it to be used like a mini PC or a tablet.

“We should all have a guide, the opportunity to make a computer, to customize it, and take control of the technology that makes up our society,” says Kano cofounder and CEO Alex Klein. “We are thrilled to share this vision with Microsoft and co-create a learning, making, and playing experience with the power of Windows and the creativity of Kano.”

Microsoft and Kano are clearly targeting the education market as the device itself is both fun and interesting, but not really appealing to professional or home users. Students in schools will likely love the device and what it can do.

As with all Kano devices, the new PC is a do-it-yourself piece of hardware. Kids will be able to easily assemble the Kano PC by following instructions that come in the box that a re presented as a storybook format. The device is also modular, so parts can be removed, replaced, and upgraded.

“We align with Kano’s goal of making classroom experiences more inclusive for teachers and students, empowering them to build the future, not just imagine it,” said Anthony Salcito, VP of education at Microsoft.

Specs are modest, reflecting the price of the unit ($299.99) and its education ambitions. Under the hood of the Kano PC there is an Intel Atom x5-Z8350 1.44 GHz processor paired with 4GB of RAM. Elsewhere, there is 64GB of onboard storage, 1 HDMI port, 2 USB ports, and a handy 3.5mm headphone port.

Microsoft and Kano say the new device will be available from October 21, 2019 and can be pre-ordered now.