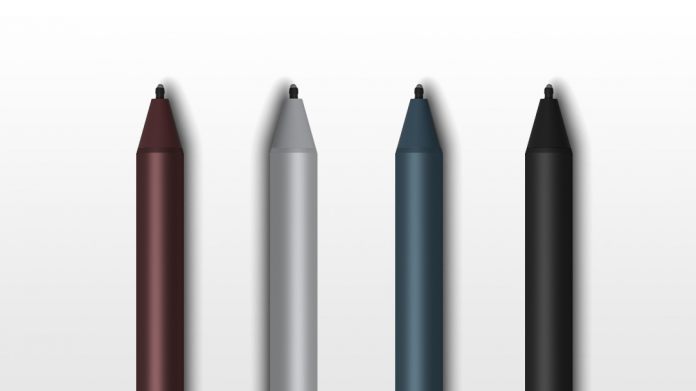 Artists have been tucking tools behind their ear for thousands of years, but Microsoft is looking at ways to make the habit more useful. In a patent titled ‘Flexible Stylus with Dockable Earpiece’, the company outlines one of its strangest contraptions yet.

Images show a Surface Pen-like stylus that can be bent to wrap around a user’s ear. An earpiece can then be docked at the eraser of the pen and charged when connected to the stylus.

It’s one of the wilder ideas we’ve seen from the company, though it’s worth reiterating that it’s just that. There’s no guarantee this patent will come to the market, and given the strangeness of the solution, it seems quite unlikely.

The main concern with such a design is that the user would be able to use the pen and talk at the same time. It seems that having to choose between one or the other would hamper productivity, rather than enhance it. Admittedly, Microsoft says users can remove the earpiece and use it independently, but at that point, it doesn’t hold that many advantages over a dedicated device and doesn’t look all that comfortable in stylus form.

Interestingly, though, the patent also contains images of a foldable, dual-screen device. Judging by the size relative to the pen, it’s more tablet-sized than laptop, which could be a reference to the long-rumored Andromeda foldable.

Meanwhile, Microsoft is clearly trying to think of new innovations for its Surface styluses. A May patent described a way to give the Surface Pro pen mouse-like functionality. A January patent also proposed Pen and dial changes.