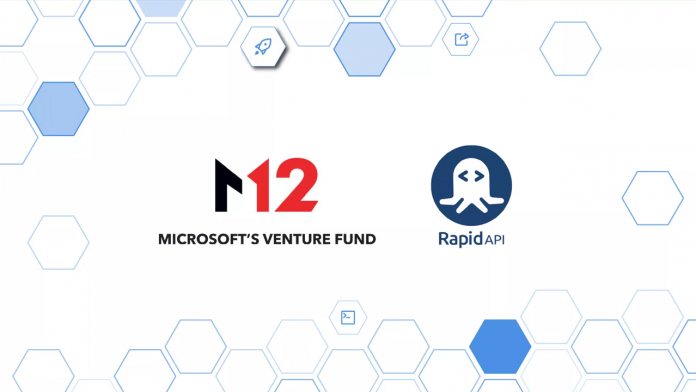 “Over the past several years Microsoft further established itself as a powerhouse in the developer space, launching tools like Visual Studio Code and TypeScript which we use (and love) at RapidAPI, and acquiring GitHub — the largest developer ecosystem in the world. With its position, we see Microsoft and the M12 team as an extraordinary partner for growing RapidAPI,” said RapidAPI CEO Iddo Gino in a blog post.

RapidAPI has been partnered with Microsoft for some time due to the debut of its APIs on its marketplace. The tech giant currently offers Computer Vision, Text Translation and News Search to developers via the platform. Gino also praised Microsoft’s Visual Studio Code and TypeScript tools but reiterated that Rapid won’t be biased towards any particular cloud platform.

Either way, Microsoft appears to be investing in the startup at a great time. Marketsandmarkets predicts that the API management market will be worth $5.1 billion by 2023. According to TechCrunch’s numbers, RapidAPI now has 10,000 APIs, and 1 million developers, up from 8,000 APIs and half the developers last year.

Founded by Gino and co-founder Mickey Hasalvsky in 2014, RapidAPI currently has 50 employees across San Fransico, Tel Aviv, and Kiev. As well as funding, the company announced the launch of RapidAPI for Teams, a way for organizations to share internal APIs and documentation while managing external APIs under a single subscription.

“RapidAPI is changing the way businesses scale with APIs and microservices,” said Mony Hassid, General Manager and Managing Director at M12, now sits on the startup’s board of directors. “We are excited about the potential for RapidAPI to enhance developers’ productivity, streamline duplicative work, and assist to combine API contracts.”