After a weekend of amazing Xbox-related news including Project Scarlett, Microsoft has some bad news for console gamers. While still at E3 2019, the company revealed it will discontinue its Xbox and Xbox 365 Backward Compatibility program for Xbox One.

“After this week, we have no plans to add additional Original Xbox or Xbox 360 titles to the catalog on Xbox One,” Microsoft wrote in a blog post today.

That’s bad news, but it is worth explaining exactly what Microsoft plans are. The company is not abandoning its idea of backward compatibility. Instead, the company will not release any more original Xbox and Xbox 360 games for the Xbox One.

At E3 on Sunday, Microsoft announced its Project Scarlett Xbox will launch in 2020 as its next generation console. The company confirmed it will support Xbox One games through Backward Compatibility.

In other words, Microsoft thinks it can move on from Xbox and Xbox 360 titles on Xbox One and focus on the next generation. In a way it makes sense. Launched two years after the Xbox One, Backward Compatibility would be better suited to a launch window of console when gamers still have plenty of leftovers from the previous generation.

As we reported earlier today, Microsoft is going all-in on Xbox Backward Compatibility for Project Scarlett. The company has said it also allows Xbox One controllers and accessories to be used.

So, Microsoft is sunsetting backward support for Xbox and Xbox 360, but the company is ending with a list of new titles: 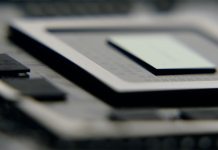