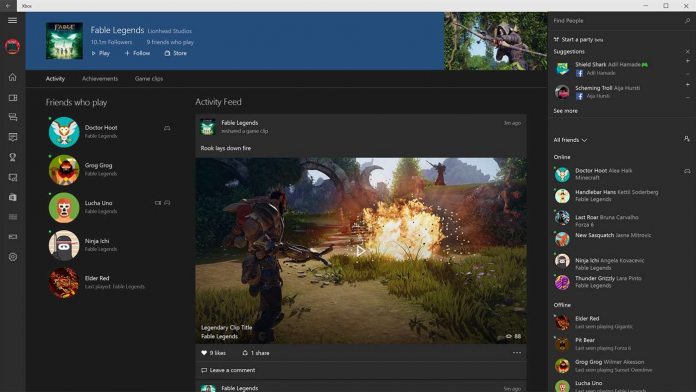 Microsoft is holding its E3 2019 briefing this Sunday and ahead of the event the company is ramping out announcements regarding its Xbox gaming division. For example, Microsoft has changed its Xbox application for Windows 10. Called the “Xbox Console Companion”, the app now performs different tasks and has new features.

Previously, the Xbox Windows 10 app was the hub for users linking friends and messages from Xbox to PC. Microsoft wants to make a more dedicated experience, which is what the Xbox Console Companion delivers:

“This app is being renamed to Xbox Console Companion to be a dedicated app for your Xbox console’s features and settings.”

Microsoft also has plenty of interesting new features planned for the Console Companion, saying a “new desktop experience is coming soon!”. What this means exactly is unclear, although we hope Microsoft may discuss some aspects at E3 in Sunday.

In many ways, Microsoft’s decision to double down and commit to Xbox on Windows 10. The company was widely expected to remove its Xbox application entirely. Microsoft’s gaming division chief Phil Spencer has previously admitted the company has much to do to make PC gaming connected to Windows 10 in a more intuitive way.

Microsoft has started its revolution of Xbox integration with Windows 10 through its recently announced Xbox Game Pass service for PC. The service allows users to pay a monthly subscription ($9.99) to have access to hundreds of games that are available digitally.

Microsoft says PC Game Pass will offer over 100 games at launch. Major publishers are already on board, including Bethesda, Paradox Interactive, SEGA, and more.

“We’re working with over 75 developers and publishers to bring PC content to the service and we’ll ensure the library remains curated and full of great PC titles across a variety of genres, with new games added every month.”

As mentioned, Microsoft’s E3 2019 briefing is just a few days away. Company chiefs say the event will be Microsoft’s biggest. Leading the way will be Project xCloud, a new cloud gaming platform.

Last week, Microsoft expanded on some details of xCloud and what we can expect from the service. XCloud is a service that allows users to play Xbox One games anywhere and, on any device, including smartphones. Microsoft’s cloud infrastructure handles all the processing, allowing full consoles games on mobile devices.

The company says the platform “has the technical capability to stream more than 3,500 games” without developers changing their content. 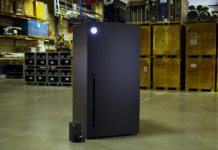