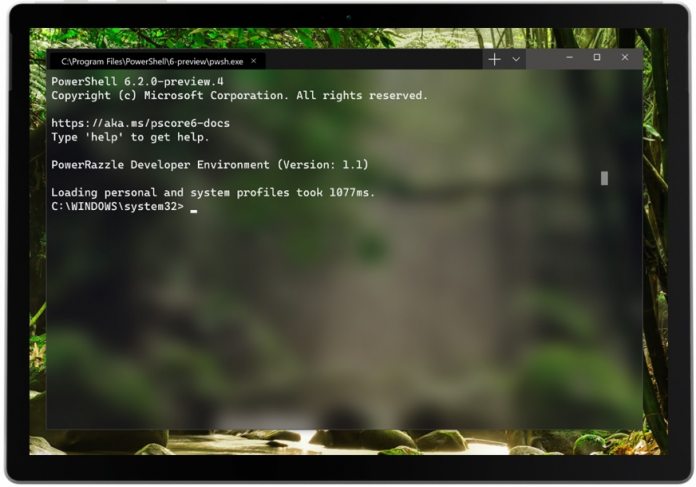 Microsoft has sent out its monthly roundup of updates released for Microsoft 365 during the last four weeks. During May, the company discussed many of its Microsoft 365 changes through the Build 2019 conference.

One of those changes is the general availability of Microsoft Graph data connect. This new feature allows customers to provide in-house developers with Microsoft Graph data. Elsewhere, Microsoft 365 has also updated MyAnalytics to add more insights based on digital wellbeing, focus, network, and collaboration.

Also added to Microsoft 365 in May was an improved Microsoft Search experience. Now available in general availability, organizations can leverage Search to find people and related information internally or externally.

Windows Terminal is also available, allowing users to combine capabilities from WSL, PowerShell, and Windows command under one service. Microsoft says Windows Terminal will arrive in preview during the summer:

“Windows Terminal, a new feature-rich terminal application for users of command-line tools and shells, including support for tabs, rich text, globalization, configurability, theming and styling, and more. You can get started with the open source code on GitHub; public previews will be released to the Microsoft Store in Windows 10 this summer.”

Microsoft 365 customers are also getting a new Excel update. The Office application can now read data in tables in photos and convert it into an editable Excel spreadsheet. This feature has been available in Android but is now making its way to the Android.

“Using the Excel app on your iOS device, you can now take a picture of a printed data table and automatically convert the picture into a fully editable table in Excel. This image-recognition functionality eliminates the need for you to manually enter that data. This capability works across 21 languages and is now available for the Excel app on both Android and iOS.”

To check out all the changes Microsoft made to its 365 product this month, check out the company’s blog post here.