Just over a year ago, I wrote an article about the first ever decline in smartphone sales. That piece was titled “Smartphone Boom Over” which was admittedly hyperbolic considering sales continue to be counted in hundreds of millions. However, the point was if the mobile bubble hasn’t burst, it has now reached peak.

Research firm Gartner has reported the decline last year was not a one-off event. In its latest smartphone shipment report, the company says global handset sales dipped 2.7% during Q1 2019. The company says the reason for the decline is the rising price of premium flagship devices.

Companies such as Apple and Samsung are now charging around $1,000 for their flagship devices. In other words, company’s may be selling less but also making less. Still, in a business climate that counts raw sales, it is concerning to see device sales fall. Just ask Apple, which is moving through a crisis if you listen to some analysts.

Gartner says the United States and China continue to be the largest smartphone markets. However, both those regions are heading in the wrong directions. In the U.S., sales fell a sizeable 15.8%, and in China the decline was pegged at 3.2%.

In the U.S., customers are waking up to several things. Firstly, they now understand they don’t necessarily need to upgrade their smartphone yearly. Companies largely duped consumers with the latest and greatest yearly device revision cycle. Heck, OEMs got away with doing this while not even changing the look of their products year to year.

Secondly, consumers are also realizing there is now huge value below the flagship level. Devices that cost a fraction of $1,000 handsets are now legitimately good in their own right. Couple customers buying more affordable devices and buying them less often, continued sales declines could be on the horizon.

The question is how far will the market decline? Well, it is unlikely any kind of bubble bursting will happen. Consumers have become engrained with their devices and use them for multiple everyday tasks. Simply put, people now need their handsets, or at least think that they do. 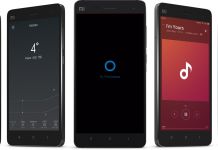