“There’s a legit argument that he has too much power,” CBNC reports him saying at the Collision Conference in Toronto. “He needs to give up some of that power. If I was him, I would go hire a new CEO for the company.”

Stamos isn’t the only one to voice concern, which has been flooding in both about Zuckerberg and the power of Facebook as a company. In an Op-ed earlier in the month, Facebook co-founder  Chris Hughes called for a break up of its assets and spoke to the CEOs plans for domination. Even Zuckerberg himself has admitted he has too much control over free speech.

Stamos takes the viewpoint that breaking up the tech giant wouldn’t necessarily fix the fundamental problems with Facebook’s companies.

“He should hire a CEO that can help signal both internally and externally that the culture has to change,” he says of Zuckerberg, with the founder instead focusing on product.

Smith is currently the president of Microsoft after joining in 1993. Though is initial specialization was law, he’s gone on to speak much about privacy, education, and company culture – all areas Facebook is weak in. He’s also presided under a significant shift of culture at Microsoft under CEO Satya Nadella.

Of course, it’s unlikely Smith would leave his lucrative job at Microsoft for a company that is at odds with his value, and it’s even less likely Facebook would take the advice of Stamos.

However, at a time where the company is struggling to maintain its public perception, it’s interesting to consider whether a less alien CEO could push the company in the right direction. 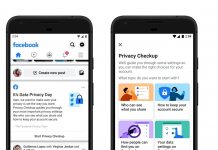