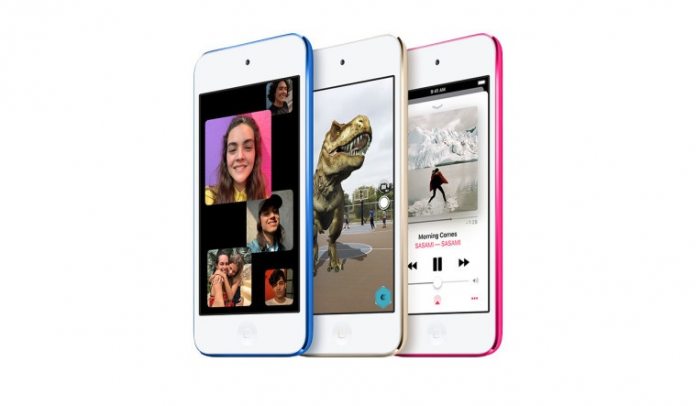 Apple’s iPod devices helped to define technology in the 21st century, but in truth the music players have been obsolete since the iPhone and smartphones in general launched. However, Apple has persisted over the last decade and released new generations of its iPod Touch hardware.

Many have predicted the end of the iPod Touch, but today Apple has confirmed a new generation is launching. There was once a time when iPod Touch releases would mirror the launch number of the latest iPhone. For example, the third-gen Touch was launched during the lifespan of the iPhone 3GS.

Those days are long gone, and the latest generation of the iPod Touch is essentially a separate device these days. It still looks like an older iPhone, such as the 4S. However, it does borrow from the iPhone 7, such as with the A10 chipset that was included in that smartphone.

Apple says the A10 allows the new generation iPod Touch to be twice as fast as the previous model while also boasting 3x improved graphics and the ability to play AR games. The new music player also ships with iOS 12, the latest version of Apple’s mobile platform.

“We’re making the most affordable iOS device even better with performance that is twice as fast as before, Group FaceTime and augmented reality starting at just $199,” said Greg Joswiak, Apple’s vice president of Product Marketing. “The ultra-thin and lightweight design of iPod touch has always made it ideal for enjoying games, music and so much more wherever you go.”

The specs of the new iPod Touch include an 8-megapixel rear camera and 1.2-megapixel lens handling selfie duties. This is the same configuration the Touch series has had for years. Indeed, aside from the improved processing power and iOS 12 support, it’s hard to the point in upgrading.