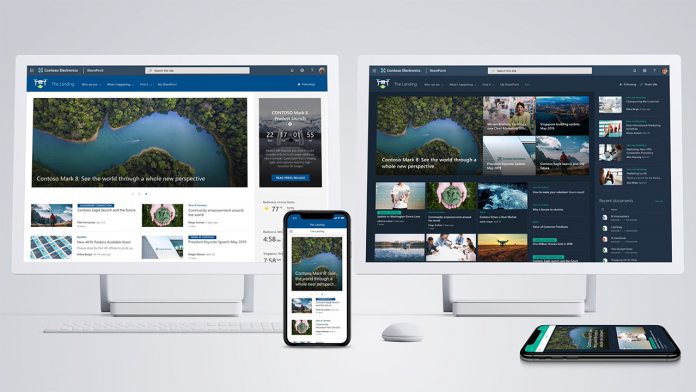 Microsoft SharePoint 2019 has kicked off with the usual slew of announcements, covering anything from Online additions to Server improvements and Microsoft 365 integrations. Though not the most exciting of conferences, there are a number of important additions coming to the software.

Perhaps the most striking of them is SharePoint Home Sites, a new landing page that employees can use to share relevant content. It takes a similar role as the previous Communication Sites, but shows official company news by default and integrates Microsoft Search.

As usual, it’s backed up by improvements to the ever-important SharePoint Server, though they aren’t anything mind-blowing. Azure Stack support is coming to Server 2016 and 2019, while Azure SQL Database Managed Instance support will be exclusive to the latter.

Microsoft followed this with a number of miscellaneous announcements:

In addition to this, the company is continuing to work on the security of SharePoint, which is particularly important given a recently exploited RCE vulnerability. As such, it’s making a few changes.

One important addition is ‘sensitivity labels’ that work across SharePoint Online and Microsoft 365. Microsoft says this will add protection to the documents, though they’re currently in private preview.

On top of this, Microsoft’s compliance portal is getting the ability to set documents retention periods across SharePoint, OneDrive, Teams, and Exchange. Though it’s not directly security related, the compliance portal will also indicate attorney-client privilege, source code, and more.

As you can see, Microsoft has made some major additions to core SharePoint services, but it’s also looking to add better integrations across its other tools. Namely, Office/Microsoft 365. Here’s a rundown:

That about sums up the major features announced at the SharePoint 2019 conference. You can find more detail on the Microsoft blog.