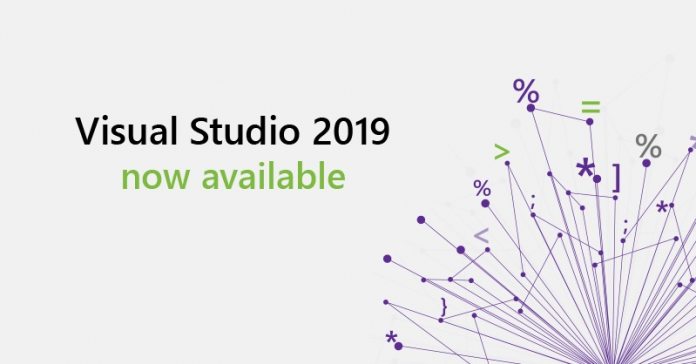 While Microsoft only launched Visual Studio 2019 last month, the platform has been in preview long enough that its latest update brings it to version 16.1. Now available to download from Microsoft, VS 2019 16.1 comes with several new features.

Leading the changes is an improvement to the Visual Studio 2019 IntelliCode tool. IntelliCode is a suite of AI-assisted tools that Microsoft introduced at Build 2018 in April. The capabilities give developers more solutions for boosting productivity.

Microsoft released IntelliCode generally for Visual Studio at Build 2019 earlier this month. The company says with VS 2019 16.1, the tool now has any workload that supports C#, C++, TypeScipt/JavaScript, or XAML already installed.

“IntelliCode provides AI-enhanced IntelliSense, so as you type, the context of the code will be used to recommend the next API you might use, rather than a simple alphabetical list. If you work with multiple monitors, and multiple resolutions, with Per-Monitor-Awareness, you will find that in most cases, your IDE and tool windows will scale appropriately for crisp visuals too. Finally, Visual Studio Search will now display Most Recently Used results to help you get to projects faster.”

Microsoft has also made some changes for .NET developers in Visual Studio 2019. New productivity features are aimed at making development in .NET more efficient. Among them is a one-click code cleanup and a new toggle to block comment keyboard shortcuts.