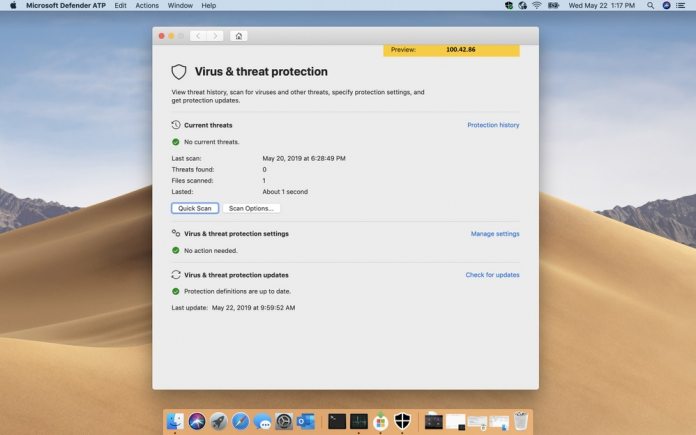 Back in March, Microsoft announced it would bring Windows Defender ATP to Mac. Called Microsoft Defender ATP, the service has been in limited preview since. Microsoft today announced the security solution is now reaching public preview for all Mac users.

On Mac devices, Defender ATP features UI that is based on the Windows 10 version. Users can scan files for viruses and generate threat protection analysis. Microsoft says the tool is available for Mac machines running macOS Mojave, High Sierra, and Sierra.

Mac users can access Microsoft Defender ATP as a regular app on the platform. That means it is not present in the App Store, so you will need to download it from Microsoft browser-based installer.

Several scan types are available in Defender ATP on Mac, such as full antivirus scanning, as well as custom and quick scans. If the program finds a threat is will present a review screen that shows options for dealing with malware. These options are typically choices such as pushing the malware to quarantine, keep it, or remove it entirely.

Microsoft says more features are coming through the AutoUpdate services. Among those changes will be the ability to enable or disable real-time protections. Elsewhere, cloud protection will be added, which file exclusions will also be available.

“We are thrilled by the response of our customers and the industry to Microsoft Defender ATP for Mac, our own solution for protecting customers across operating systems. Since opening the limited preview, we have been listening to customer feedback and working continuously to enhance the product,” Microsoft says. 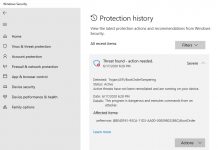